Items in this post were gifted  by Matalan, however all views and opinions are my own. This post contains affiliate links. 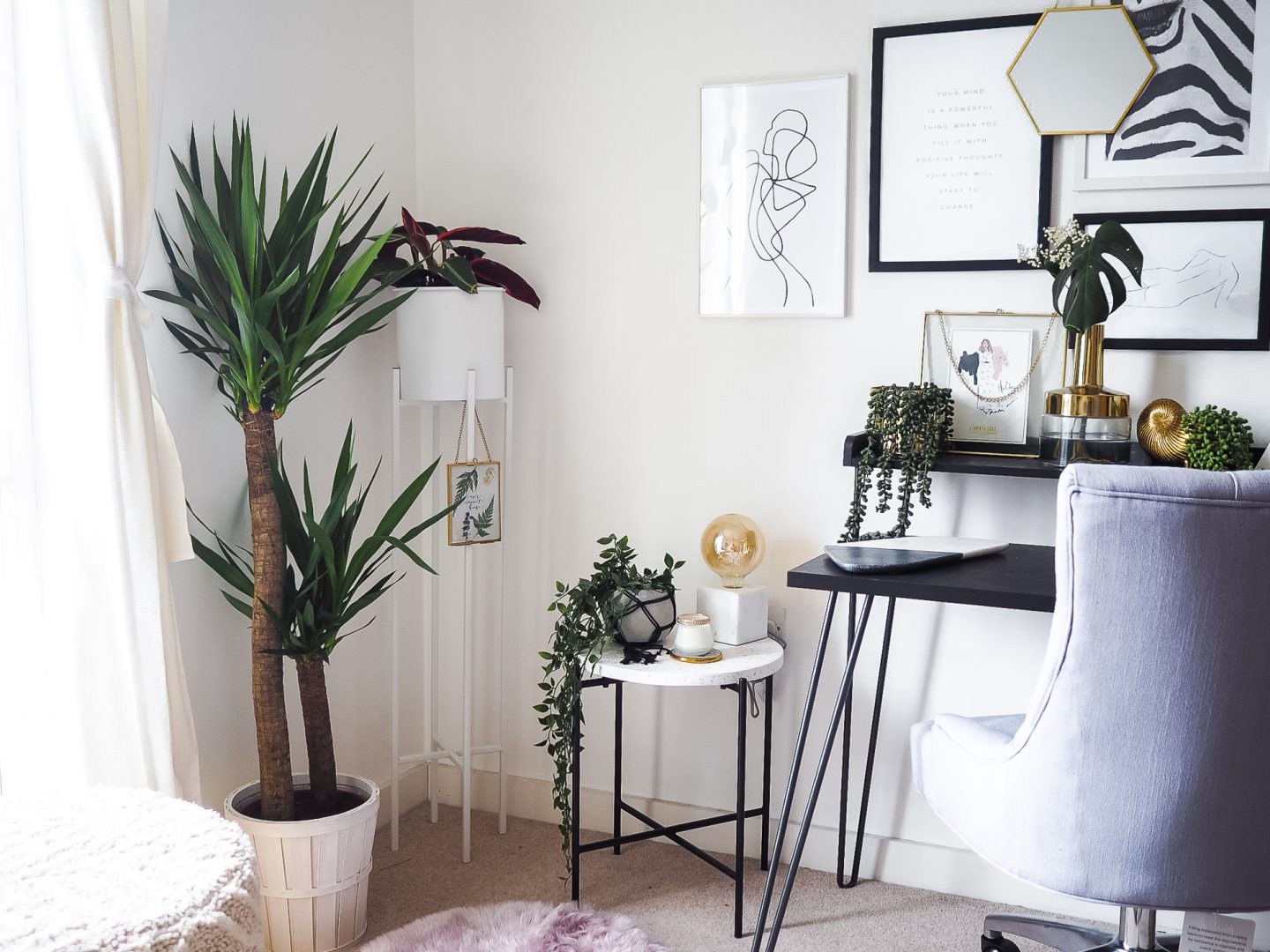 Howdy, folks. So the most common question that I get asked about on my interiors Instagram page (www.instagram.com/millennial.flat) by far has got to be: Where can I buy affordable homeware decor that doesn’t compromise on style and quality? So, here’s a brand-spankingly new Matalan Homeware Haul to wet your appetite for budget-friendly homeware bits n’ bobs that look fab and don’t break the bank. I was so excited to get this post up and live for you guys, as I’m massive advocate for “small budget, small problem”. I do find that it is a little harder to source those *wow* pieces on a budget, but once you know… you know…. Let’s go!
If you haven’t already had a peek, here are my previous homeware posts with Matalan:
– Transforming A Room On A Budget With Matalan Home
– Making My Home “Hygge” With Matalan 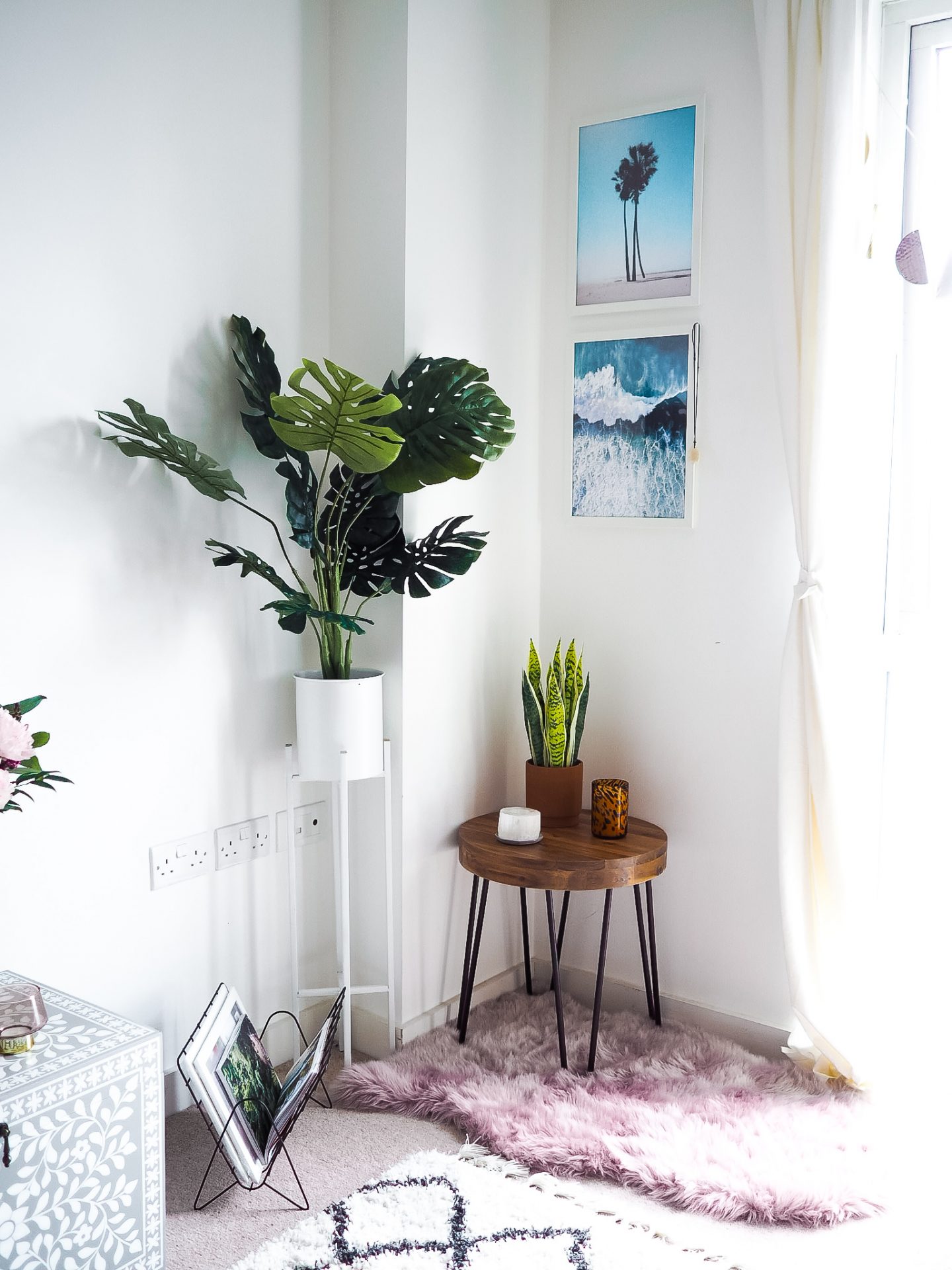 One thing that I just knew I wanted to cover in this Matalan Homeware Haul is Matalan’s crazy affordable side table collection. This Ivor Terrazo Side Table is an online exclusive, which means you wont be able to pop into store to get it. Pros and cons though, it’s quite heavy so at least you’ll be able to sit back and get it delivered right to your door. Yep, this bad boy is as legit as it looks. The table top is a textural terrazzo disk, which looks even more boujee in person, and the black frame is super sturdy and adds some contrast. Plus, for those of you with some outdoors space… it’s garden patio friendly!
— Shop here — 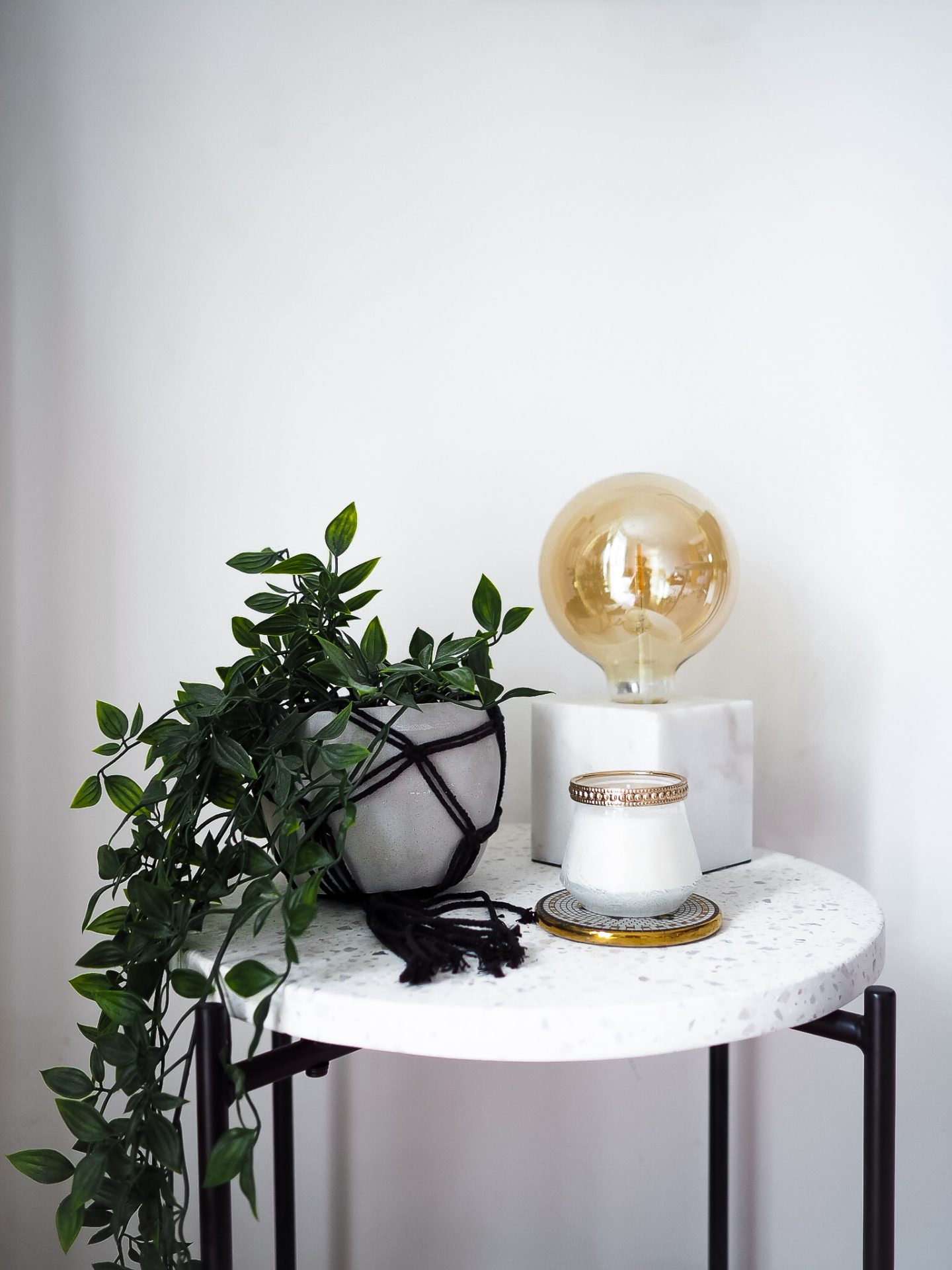 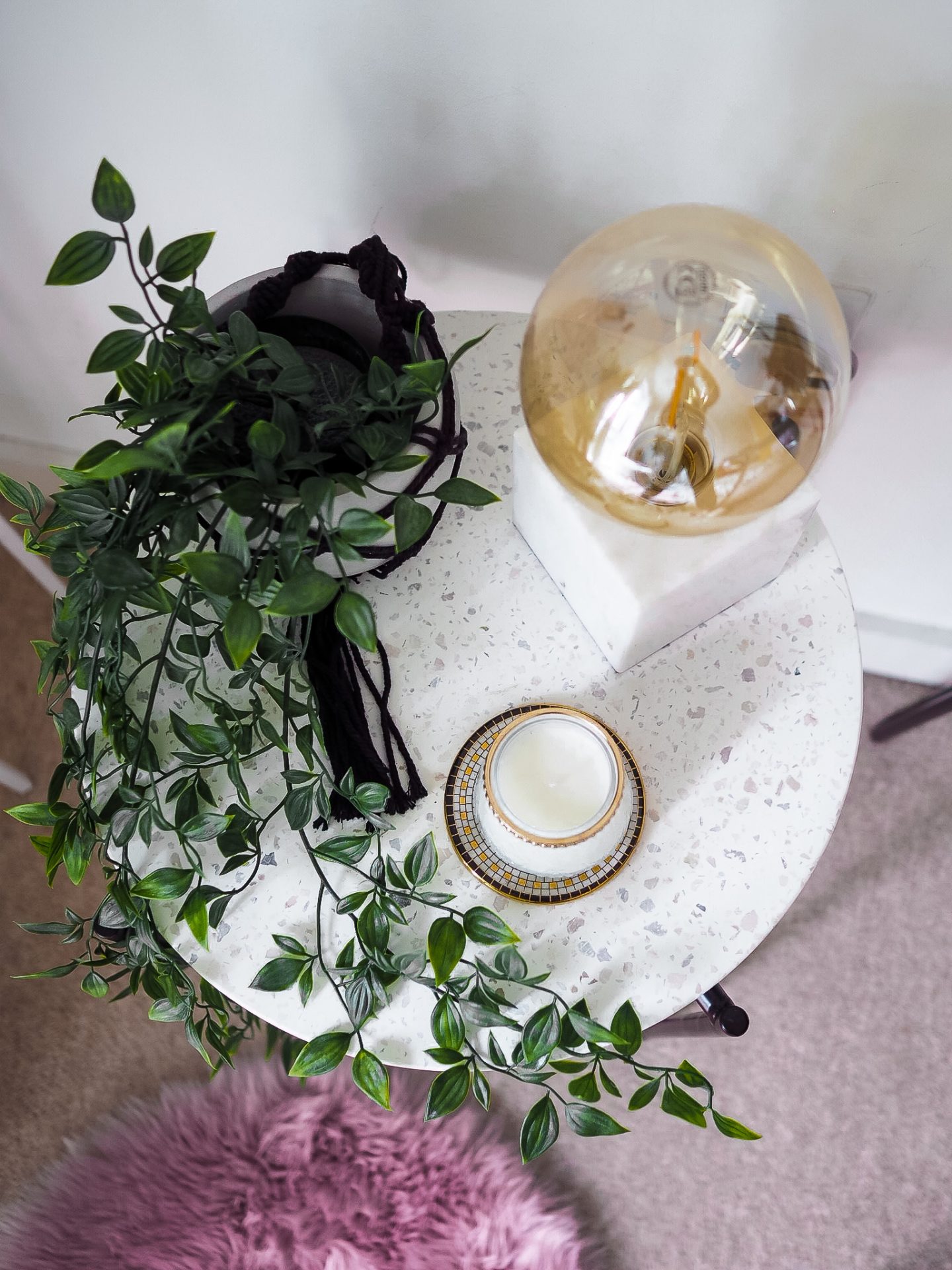 Another side table that’s on my *must have* list is this stunning Otis wooden top table with pin legs. The pin legs make the whole piece look far more stylish than you would think for a high street price. Oh, and the wooden table top is actually really thick and and feels like better quality than furniture that I’ve paid almost double for. If you want something that looks and feels way more expensive than it is, then look no further!
— Shop here — 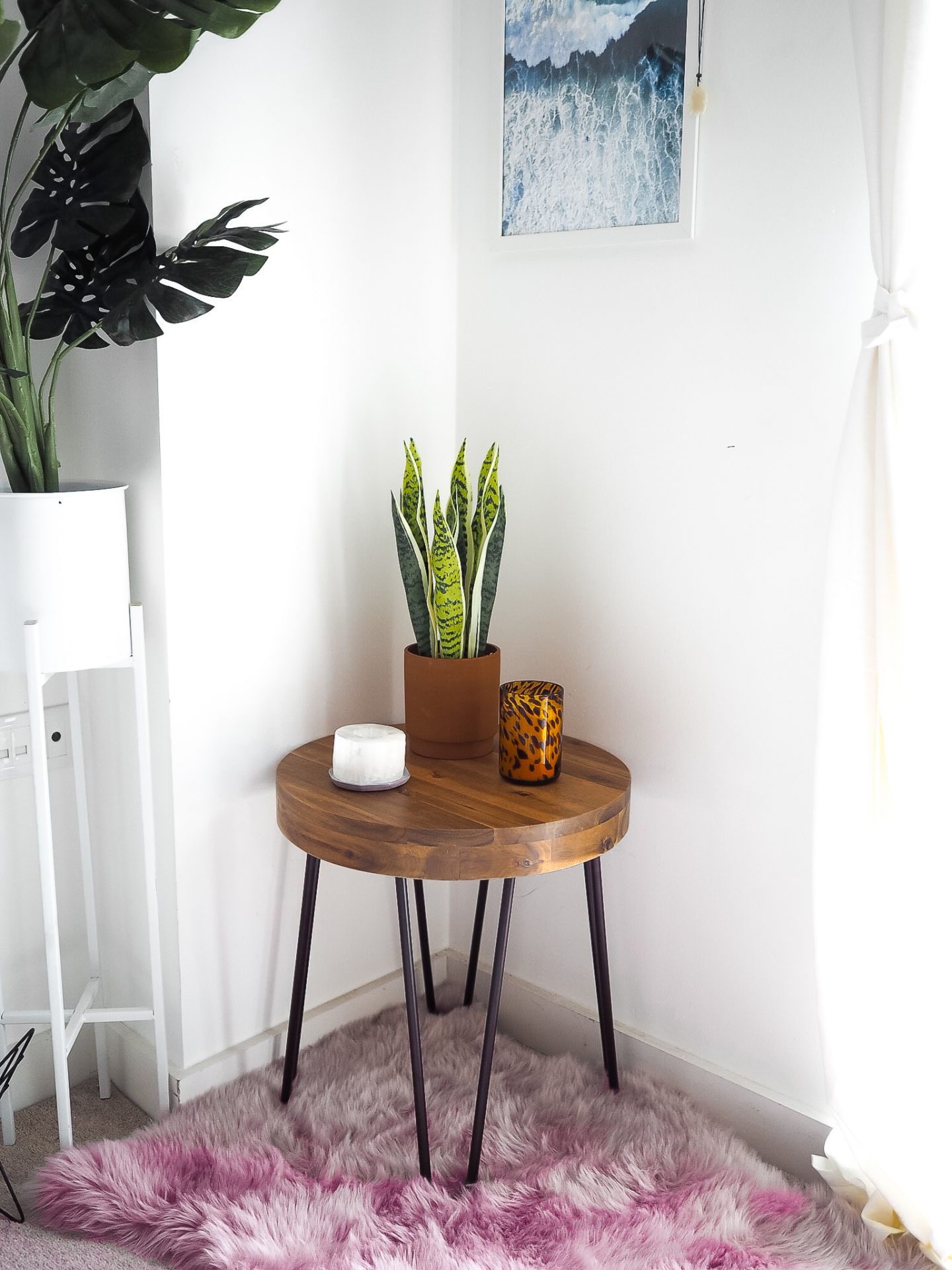 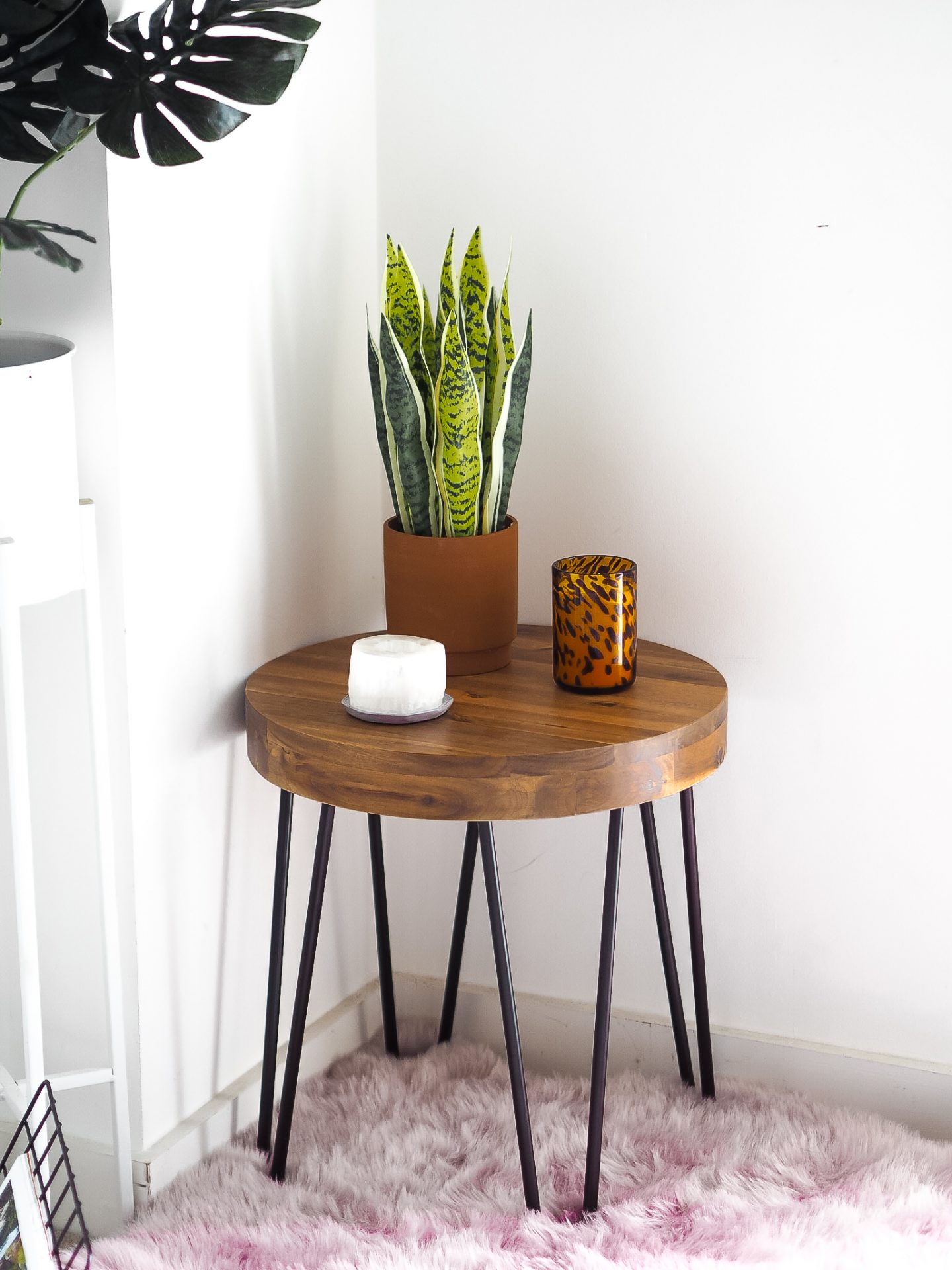 I got so many questions about these planters when I premiered them on the ‘gram, and for good reason. They’re an absolute bargain! Can you believe that you get the pair for just £40?! Not to mention that they’re actually tall enough to make the real statement I was looking for. As I live in a rental and we can’t put up floating shelves or mirrors on the walls, this is a nifty way to draw the eye up and make the space look bigger and with more depth. These stunning planters come in three different colours: white, black, and grey, and are constantly going in and out of stock so be sure to bookmark and check back for your preferred colourway!
— Shop here — 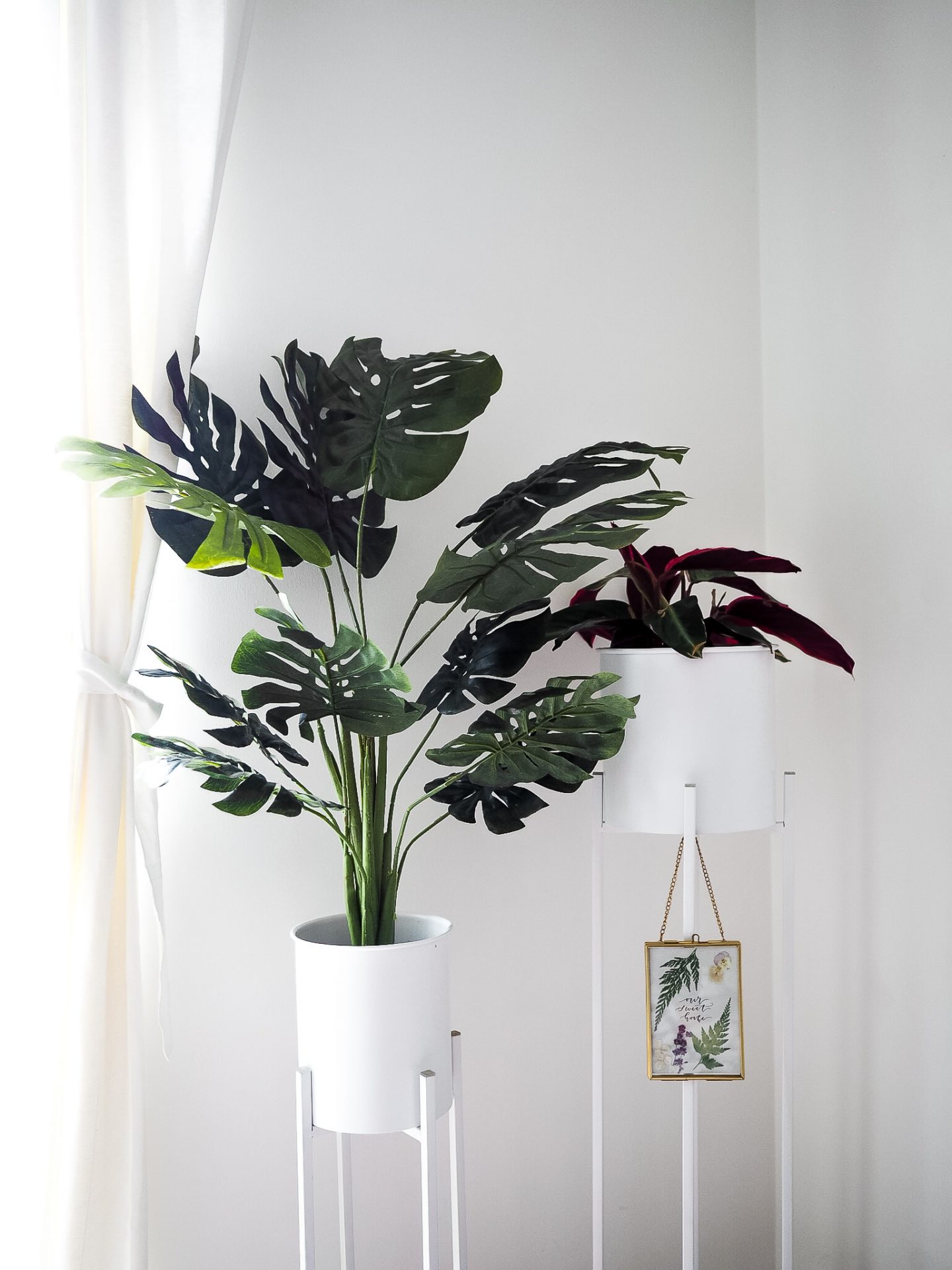 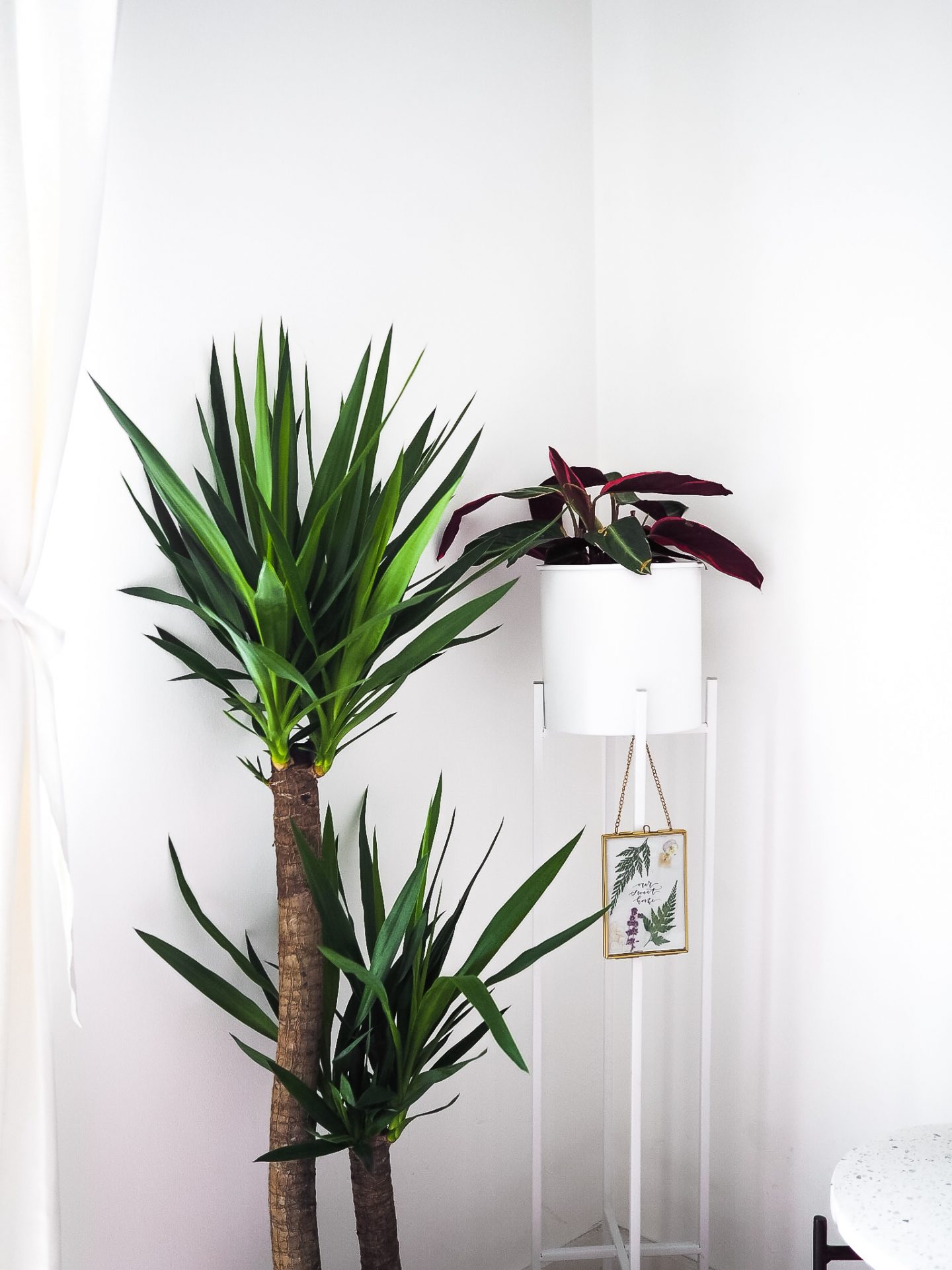 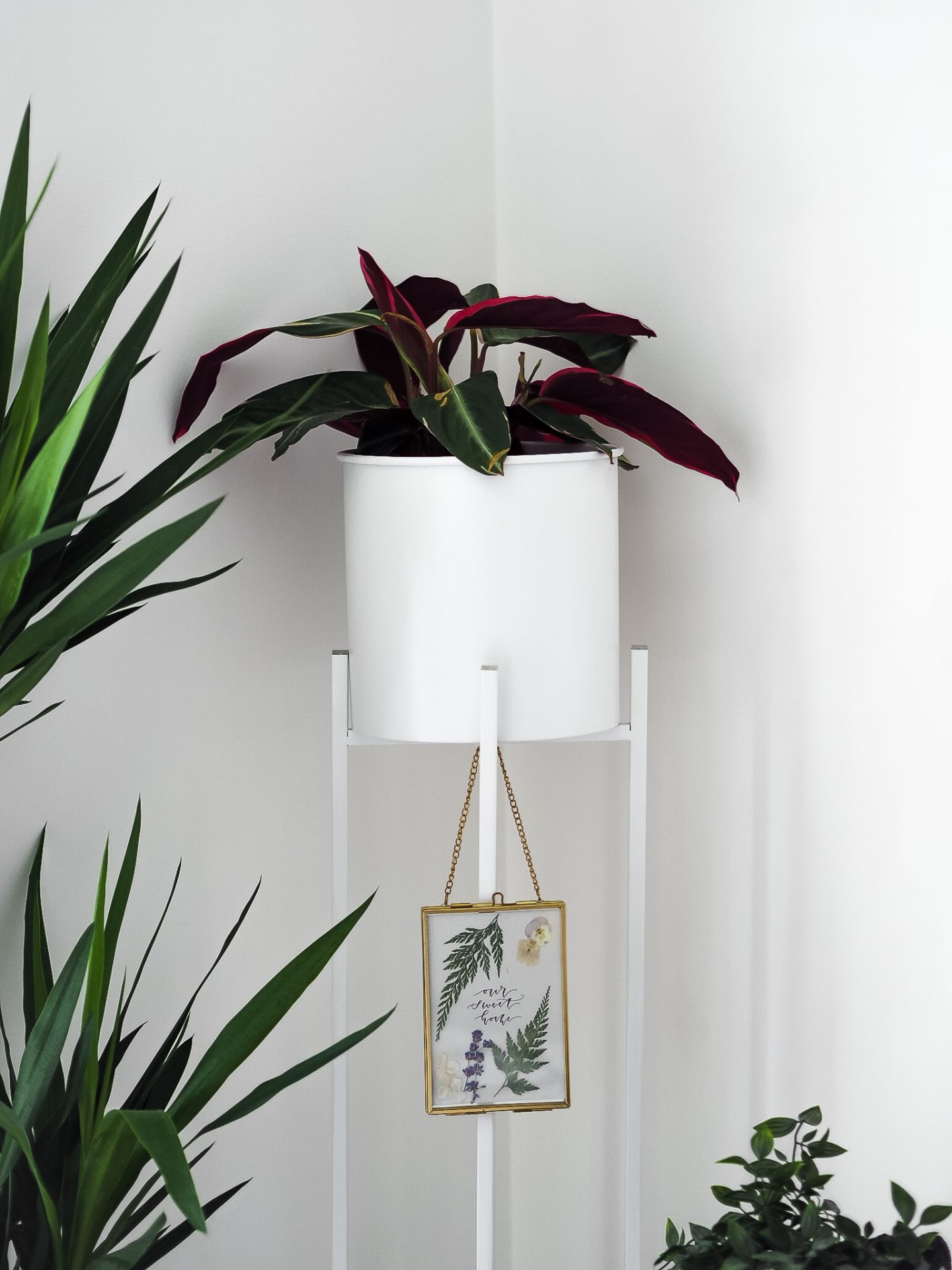 If you’ve followed my interior adventure for a while, you’ll know that I’m an absolute sucker for a good faux plant. I bought a real Snake Plant about a year ago but had to part ways as it became infected and I couldn’t risk it spreading to my other plants. Adieu real snake plant! But this nifty little faux gem is the perfect alternative for those, like me, who are very good at killing their real plants. As someone who’s owned  one… it looks pretty damn close to the real thing! For £18, I think it’s a bargain for the quality of this faux one.
— Shop here — 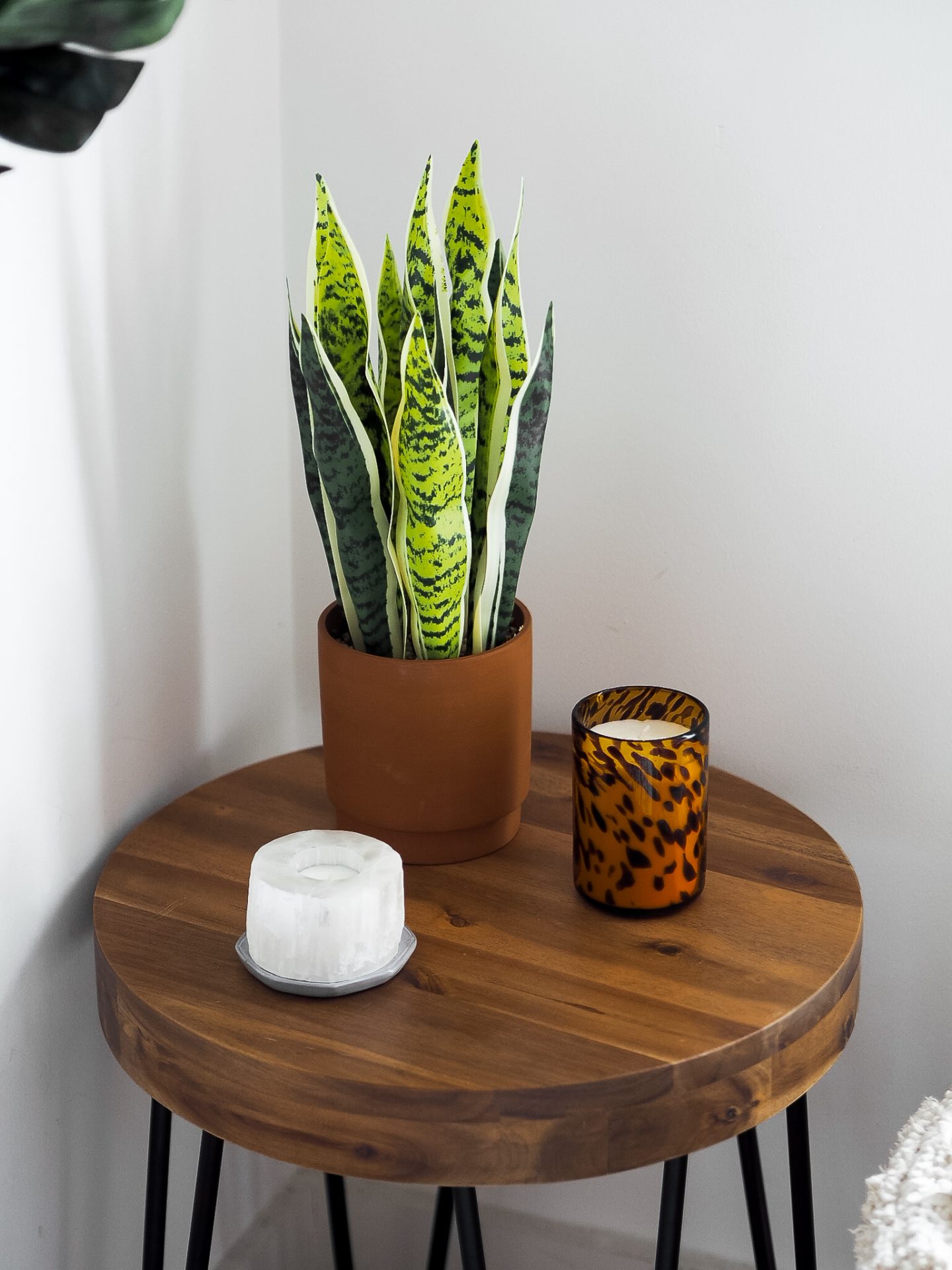 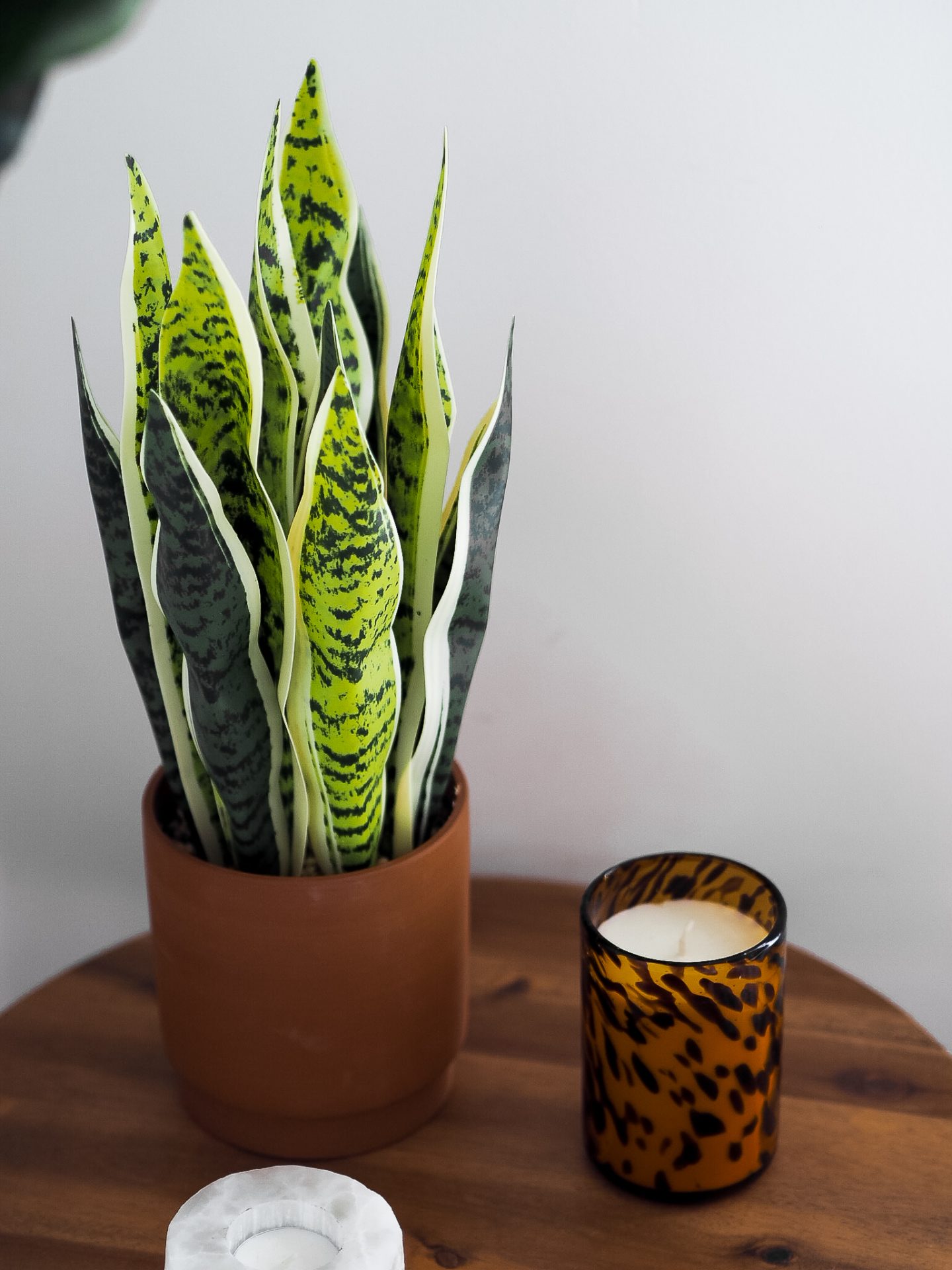 When I was prepping for this Matalan Homeware Haul, I initially didn’t think to add a faux cheese plant to my basket as I already have a real one. But really, can one have to many cheese plants *ponders* …  Nahhh, didn’t think so. Unlike the faux Snake plant, I can immediately tell that this one isn’t real, but that doesn’t mean that it should be overlooked. For £25, this is still such a bargain for a faux plant of this size. If you’re planning on using it as some background foliage around your home, your guests won’t be able to tell from a distance that this isn’t the real thing.
— Shop here — 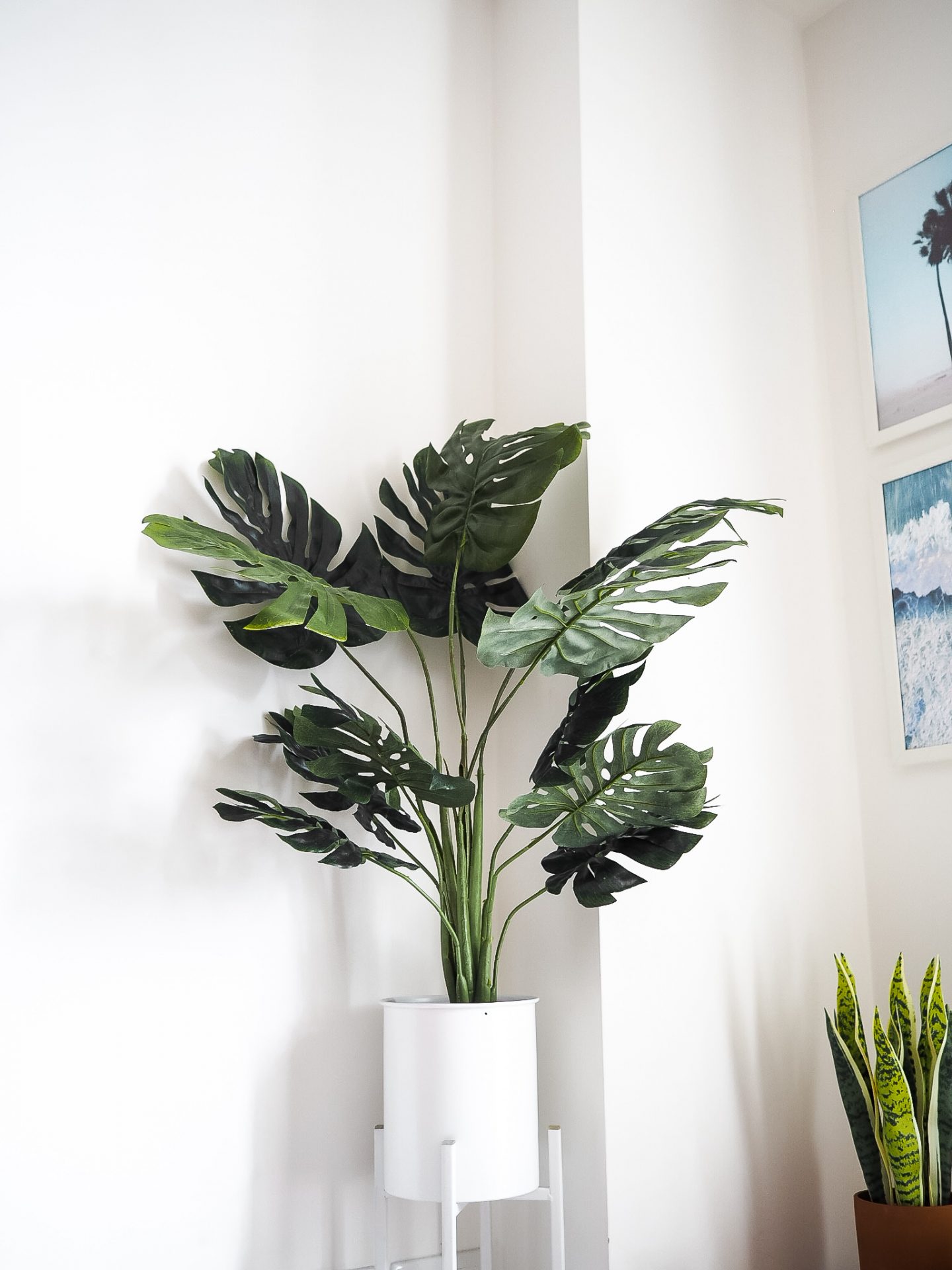 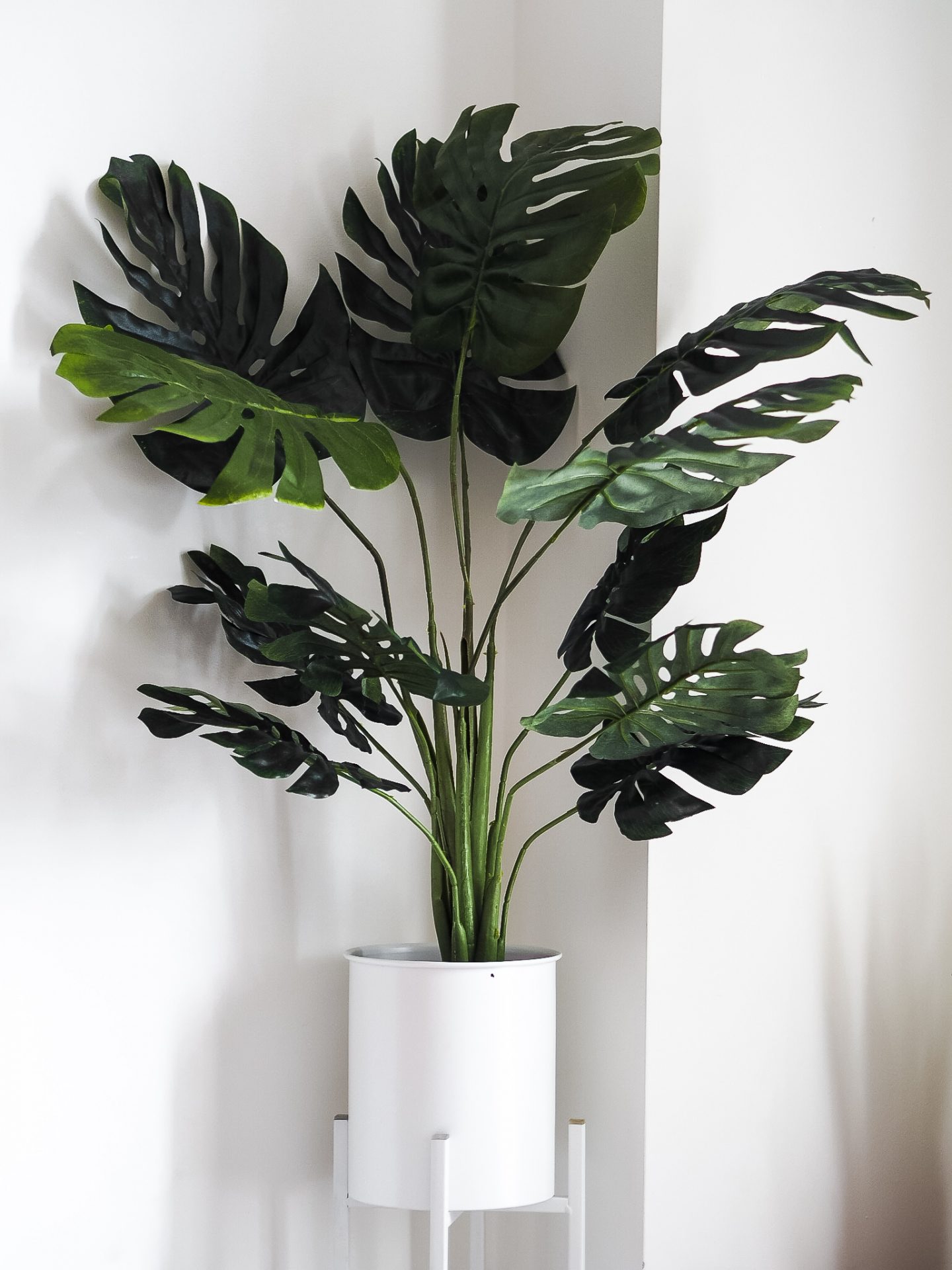 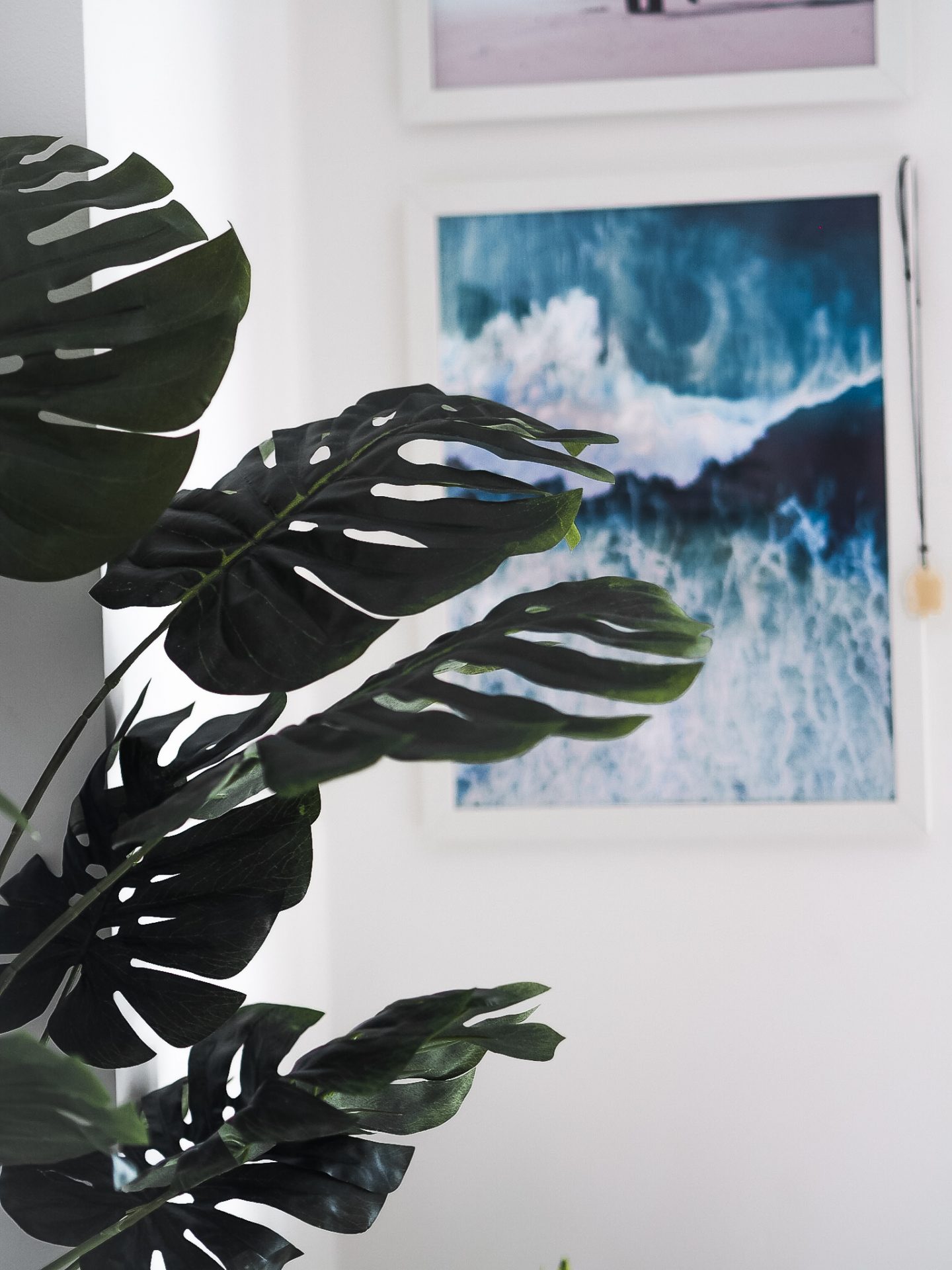 You’re gold, baby! Solid gold! Well.. not quite but my home wouldn’t be the same without stunning gold statement tones running amongst the monochrome backdrop. This hanging metal frame is ideal for (actually) hanging up on the wall or leaned up against it like I have. It fits around 3 normal-sized photographs or a handful of Polaroids. I’ve popped in an illustration of me from an event a while back and I think it looks really cute just propped up on my desk. For £7, this is a no brainer.
— Shop here — 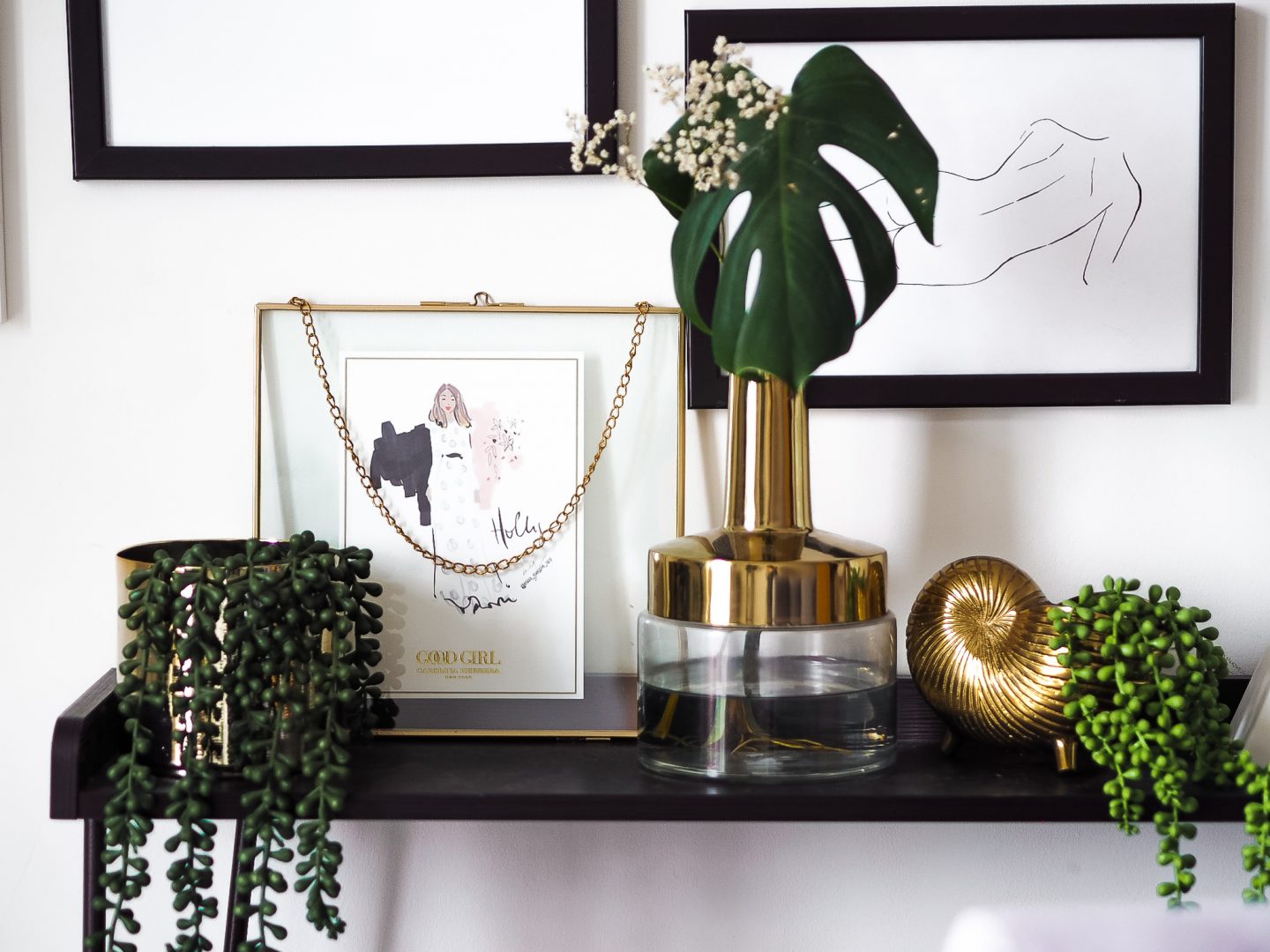 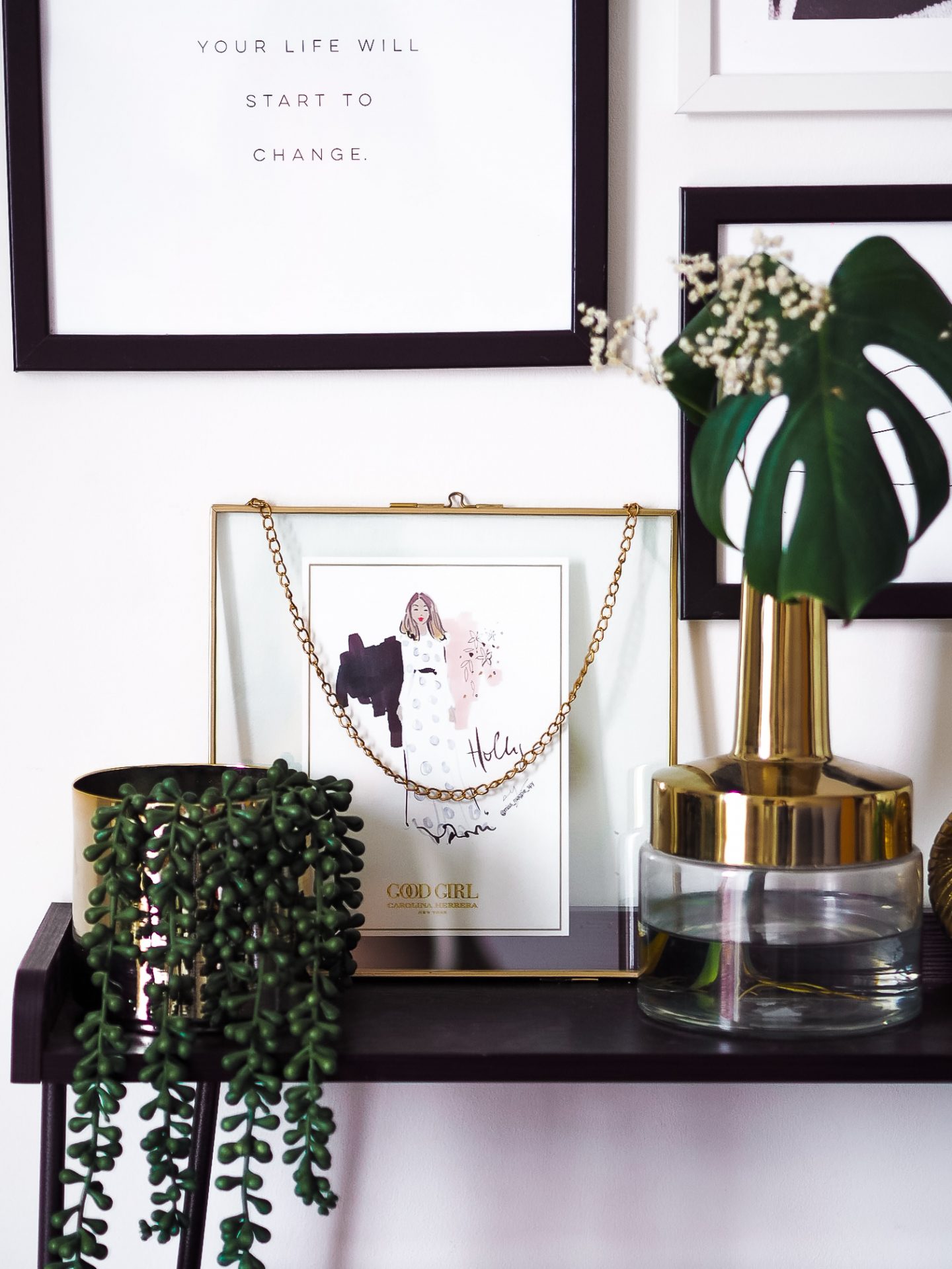 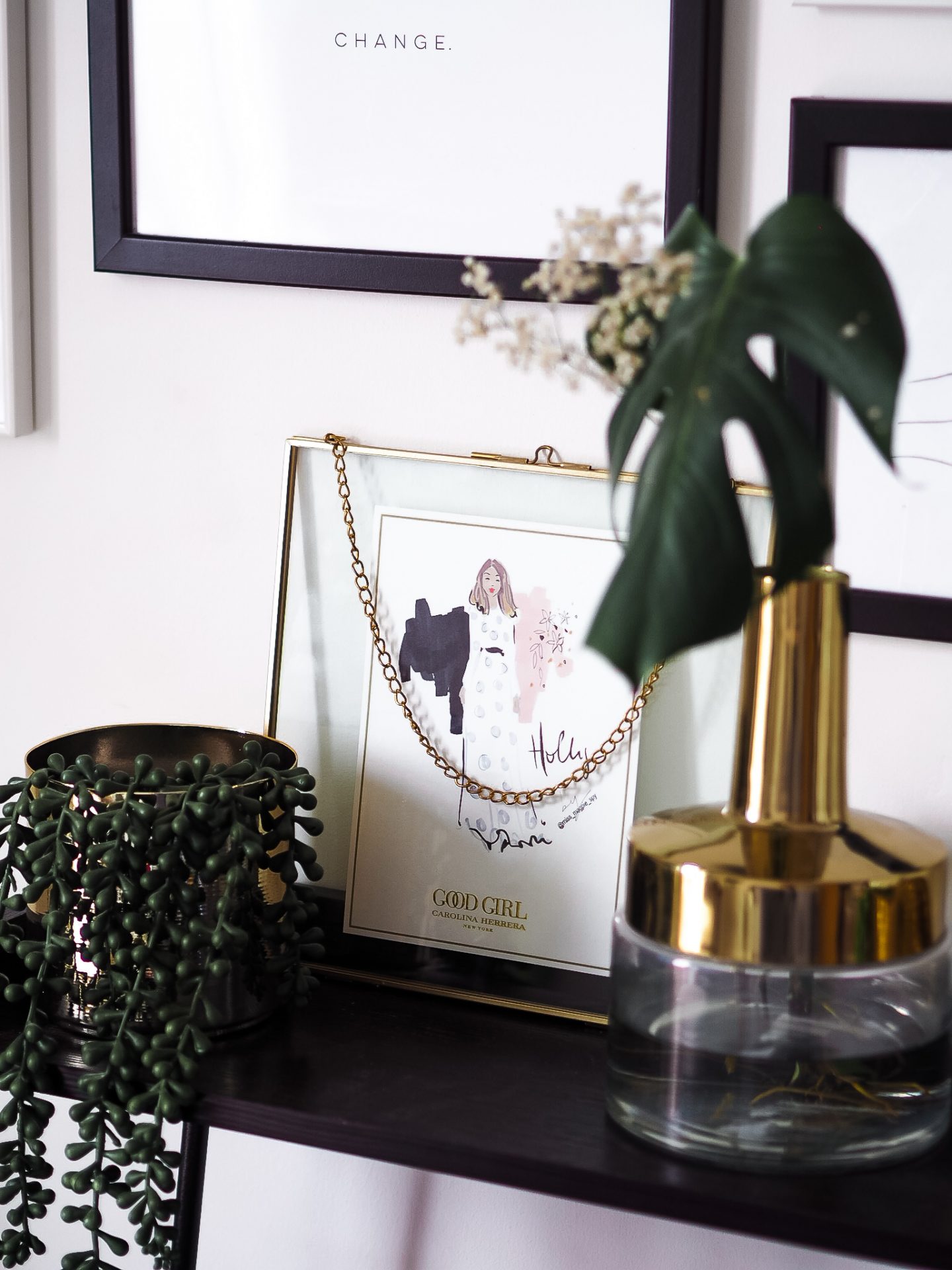 Boyyyyy do I love a hanging macrame, and when it’s a planter… even better! I’ve yet to find somewhere to hang this little guy because it’s quite heavy due to the concrete pot, but I’m determined to some up with something. I just filled it with a faux hanging plant that I had lying around and it’s looking really cute just draping over the side of my side table. Hanging planters are a fab way of adding something different to your space and creating a more boho vibe.
— Shop here — 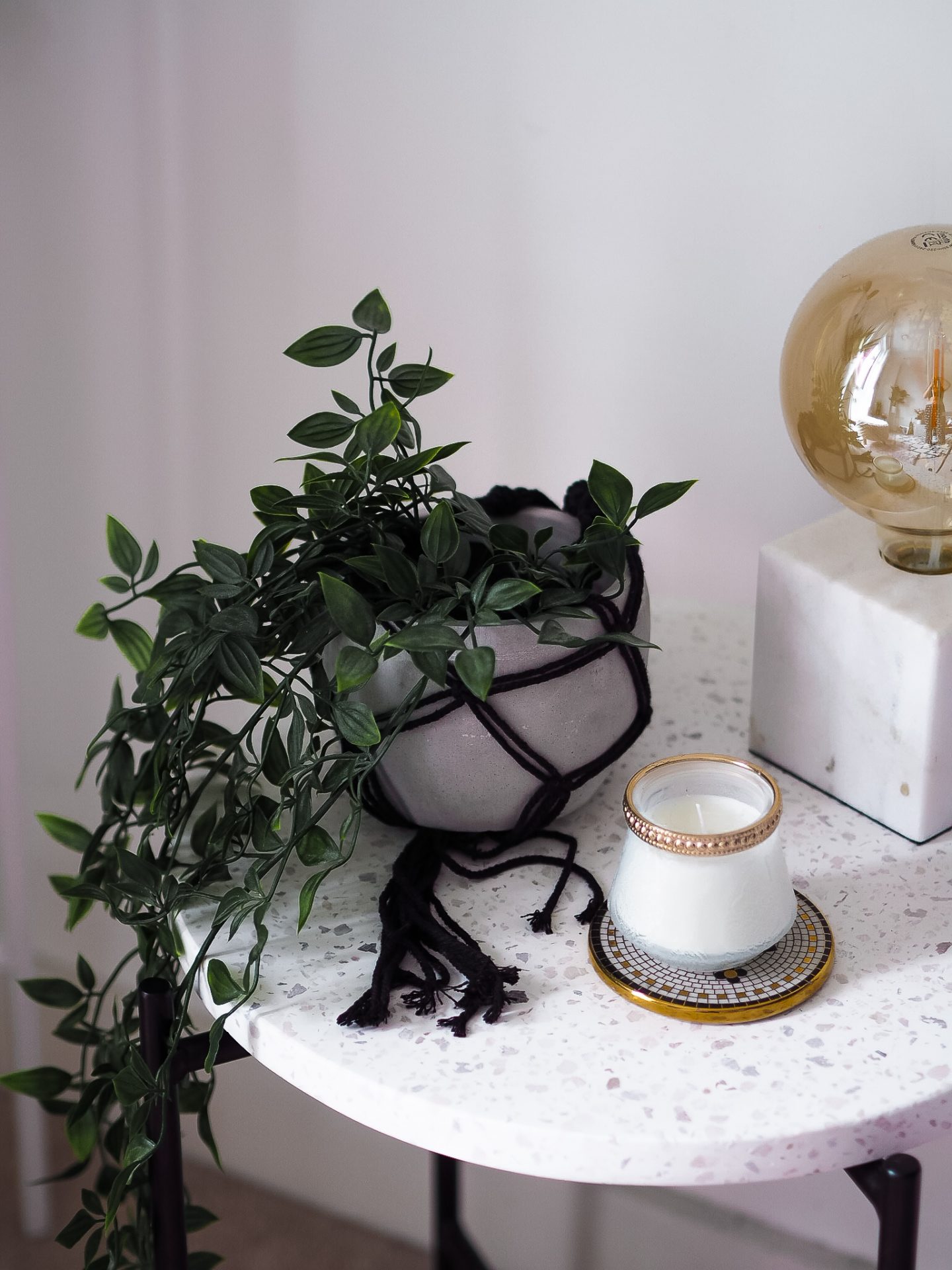 Would it be a Matalan Homeware Haul without a fluffy addition to the flat?! Without a doubt, Matalan does the best faux fur items for the price on the high street. I grabbed the stunning dusty pink version of the Auckland rug and when it first arrived I was really gutted because I thought it was real! It honestly feels as soft and plush as a real fur rug, but it’s indeed 100% fake. It’s also bigger than all of my other faux fur style rugs from other high street stores, so I would say you do get more for your money with this one.
— Shop here — 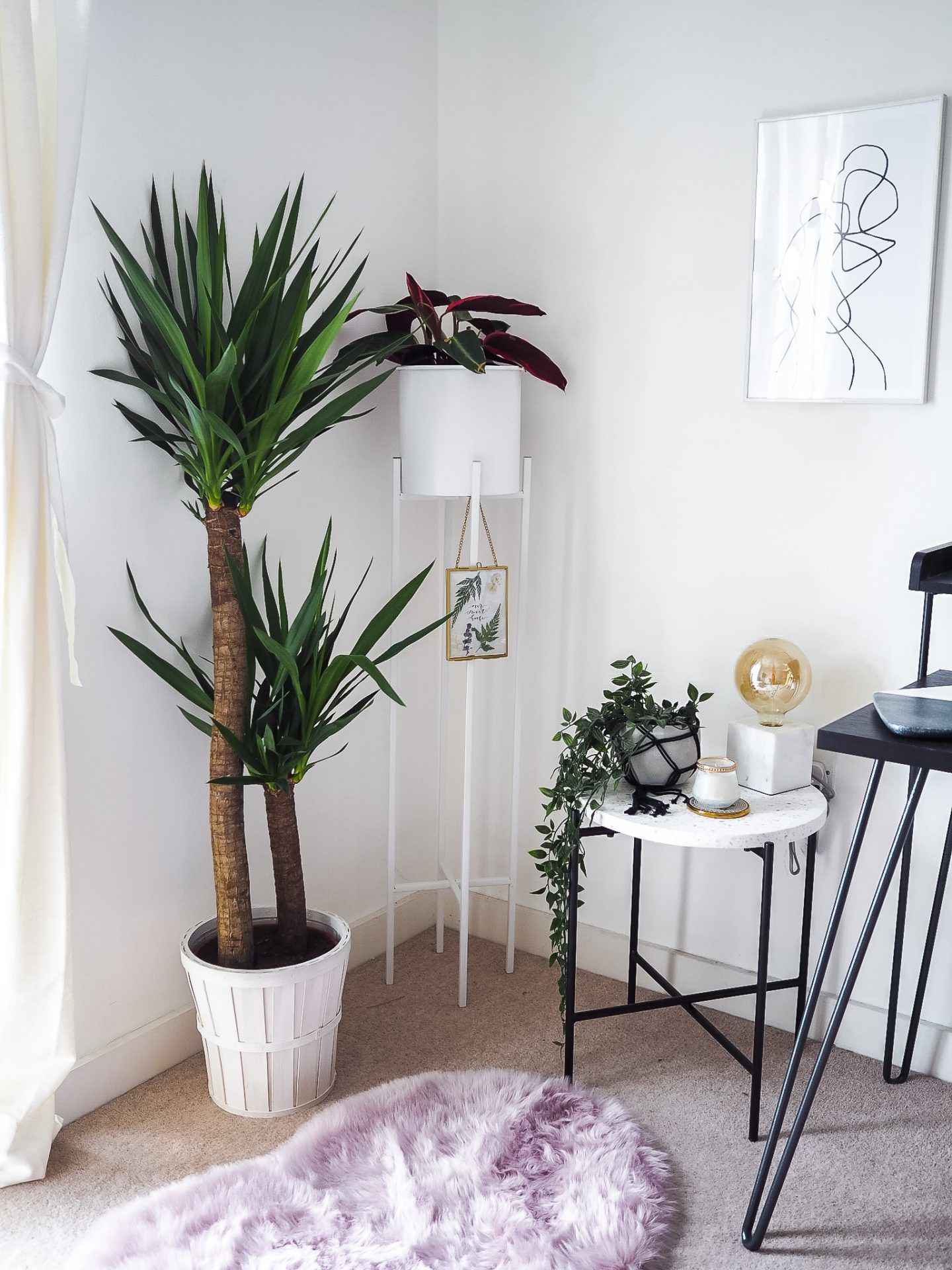 What are your fave interior bargain buys?

KEEP UP ON SOCIAL

Items in this post were gifted  by Matalan, however all views and opinions are my own. This post contains affiliate links.