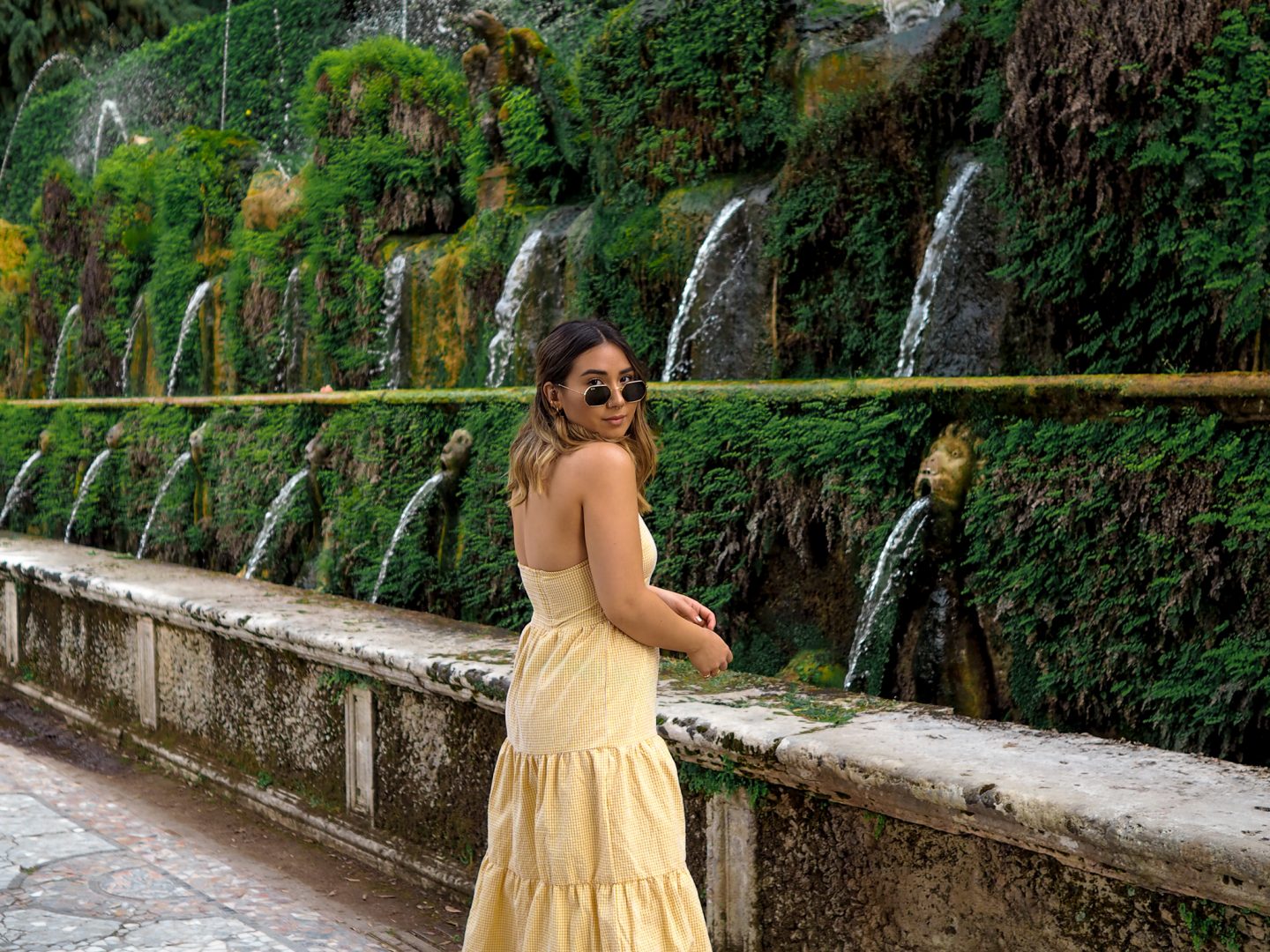 Ciao bella! Hope you’re all having a wonderful week, and if you’re looking at this post you’re probably thinking about planning a really exciting trip to my fave city, ever. Yep, Rome really is my favourite city and I probably would go back there again and again if I could. Next time I’m going to make sure I throw that coin in the Trevi *face palm*.

If you are indeed heading off to Rome, I’m 1. Unbelievably jealous and 2. At your service. Alix and I planned pretty much every aspect of Rome but there were a lots of surprises along the way. Some good, some bad, but still Roma. One thing we both wanted to do was make sure we get some snaps of Rome without the heaves of tourists, and I feel like we somewhat succeeded. Here’s my Instagram photo guide to Rome, enjoy!

Obviously, as soon as we booked out four days in Rome I was nagging at Alix to schedule in a photo opp at the Fontana Di Trevi. He did warn me that it’s always busy, and we might not be able to get *that* instagram shot. We planned to visit the fountain at around 7am so avoid most of the crowds and potentially see and enjoy the views with less people around. Tbh, we didn’t really know if we’d be able to get any decent photos for the ‘gram so we just planned to soak up the culture.

Luckily, 7am is still chilled enough to grab some photos right at the front and the area itself wasn’t that busy at all. Don’t get me wrong, still a lot of people for 7am. But everyone was there for the same reason, so it was a really good vibe and we even stroke up conversation with a group of Americans who were throwing coins in. 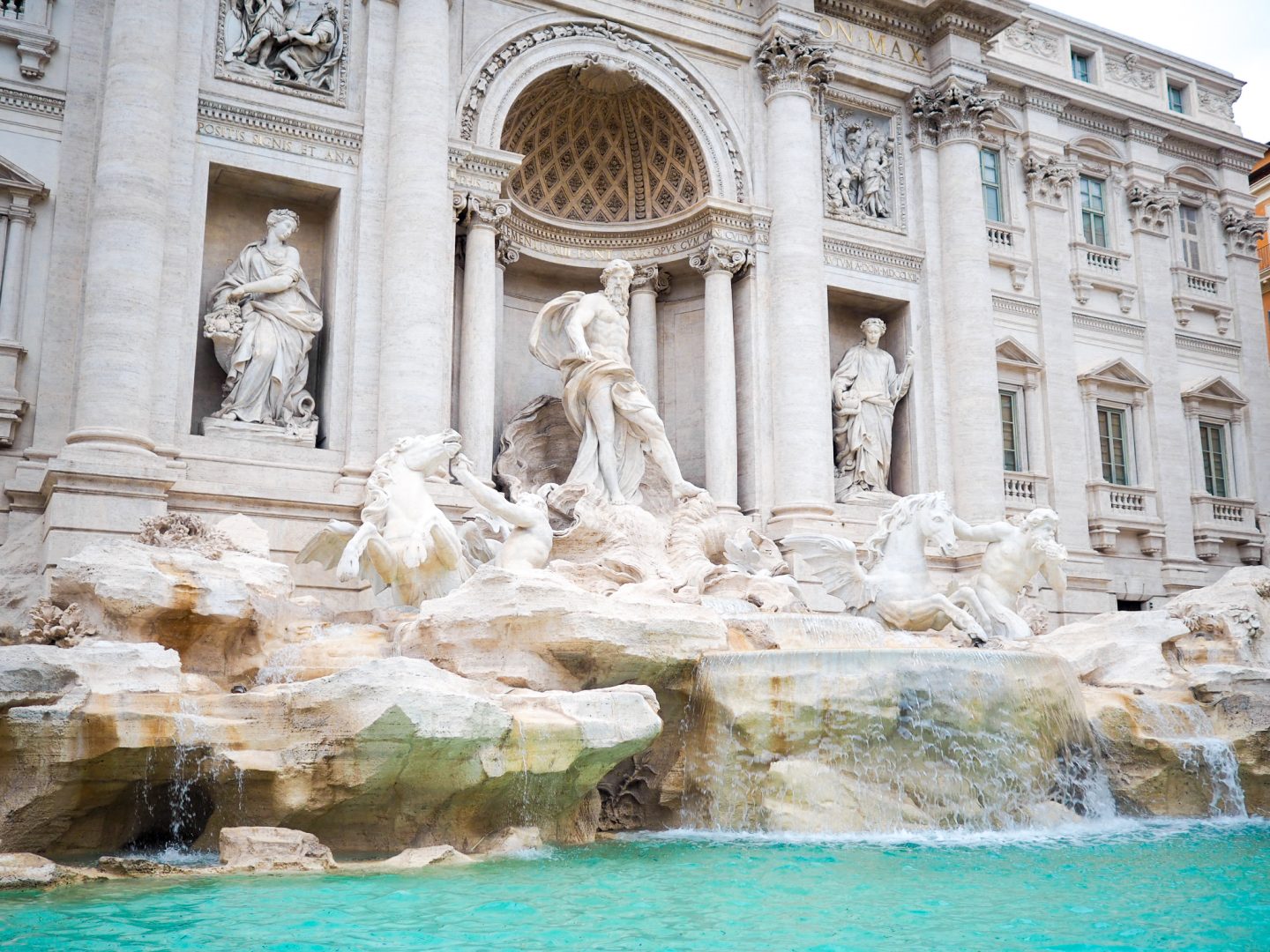 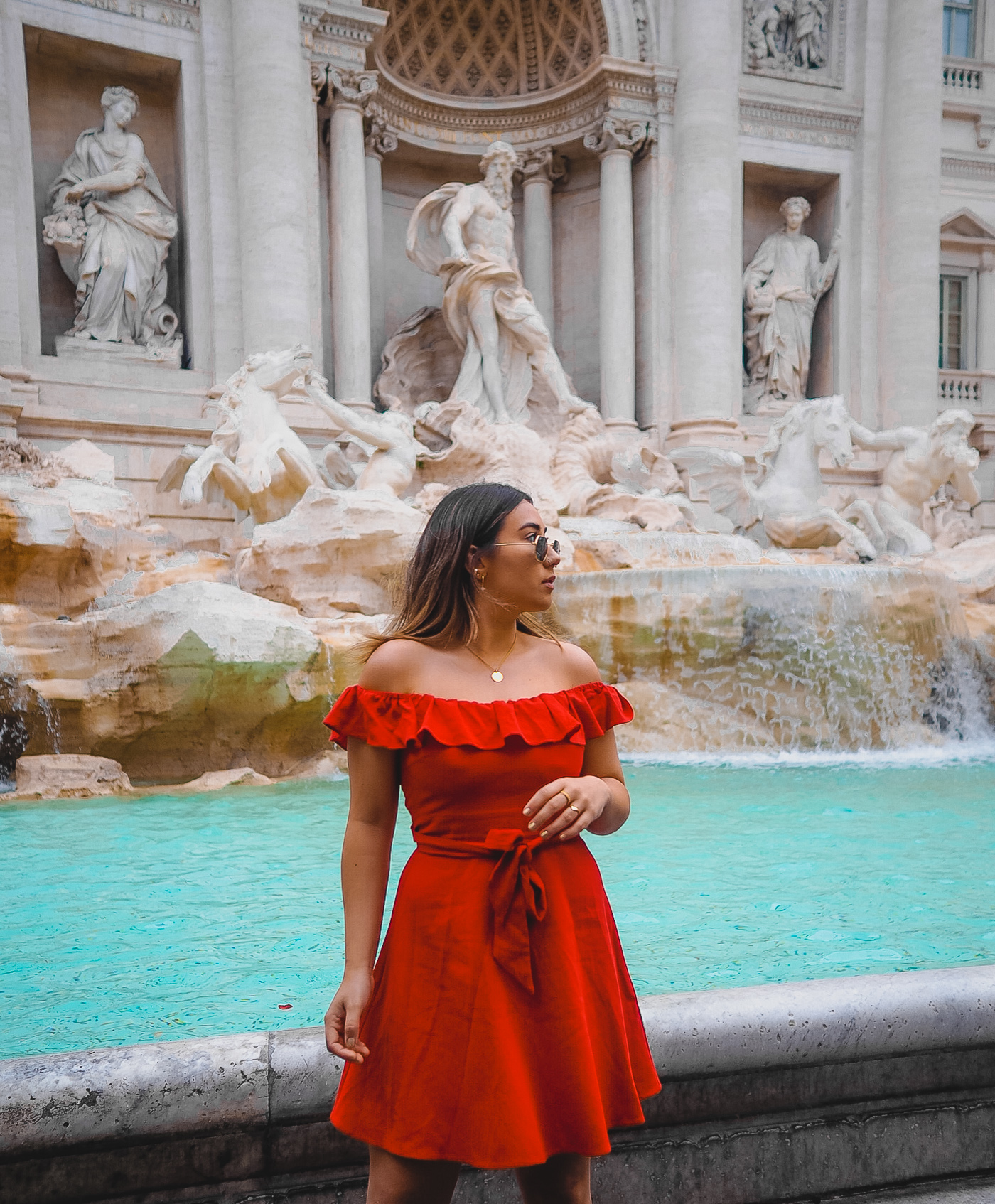 We went out for drinks one evening and thought it would be cute to pass by the Trevi again and see it all lit up. We were very wrong. It was around 10/11pm and the place was rammed. It was full of people trying to sell you things like selfie sticks, and every tier down to the fountain was packed full. So I 100% would not recommend going at any other time than early morning between 12am-7am.

TOP TIP – This is probably the best tip I’m going to give in this whole photo guide to Rome post, because I actually saw a young Russian girl make this faux par and she almost burst into tears. If you’re going to sit on any stone ledge near the fountain, check it for pigeon poop. Seriously, a girl jumped up to get a photo near to where I shot the ones below and…. her hand well full on into the poop. Double check the ledges people!!!

Hey now, hey now… This is what dreaaaaaams are made of 🇮🇹 BRB – Having a Lizzie Maguire moment 🤷🏻‍♀️ Roma, I have totally fallen in love with you 🌹 (Wearing @zara #zaradress & gifted @newlook shoes #thisisnewlook) #visititaly #visitrome #trevifountain #fountainditrevi

After our luck at Fontana Di Trevi, I was determined to have the same success at the Colosseum. Even Alix was feeling more optimistic about it, so we set off for the Colosseum at around 6.30am. Our hotel was pretty close so the 20 minute walk through Parco del Colle Oppio in the sunrise which was delightful.

When we arrived at around 7am, the OG instagram shot from the viewpoint to the Colosseum was… empty. Like completely empty. We had the place to ourselves for the whole half an hour that we were there, bar the few cleaners and construction workers that passed by occasionally. It was pure bliss! 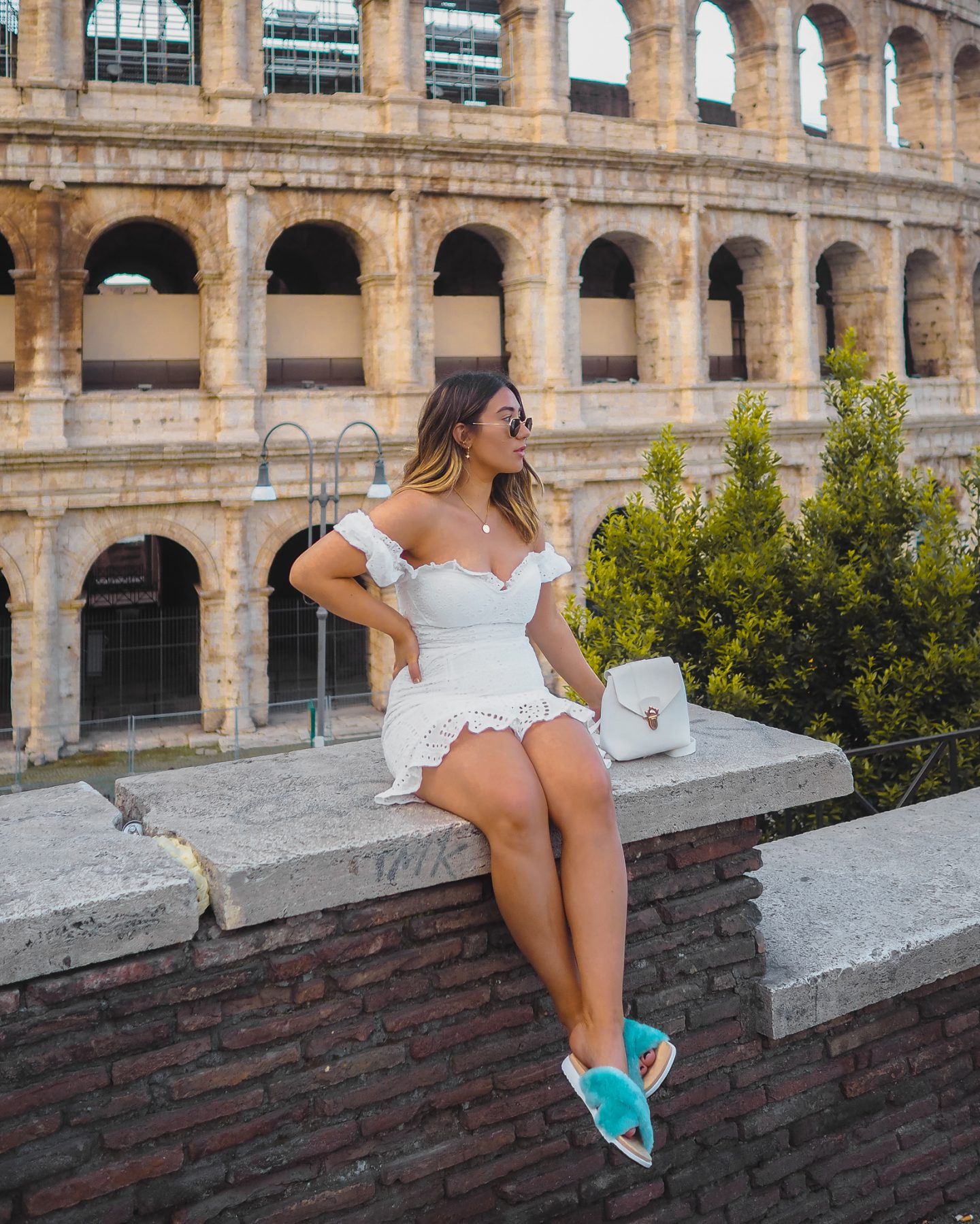 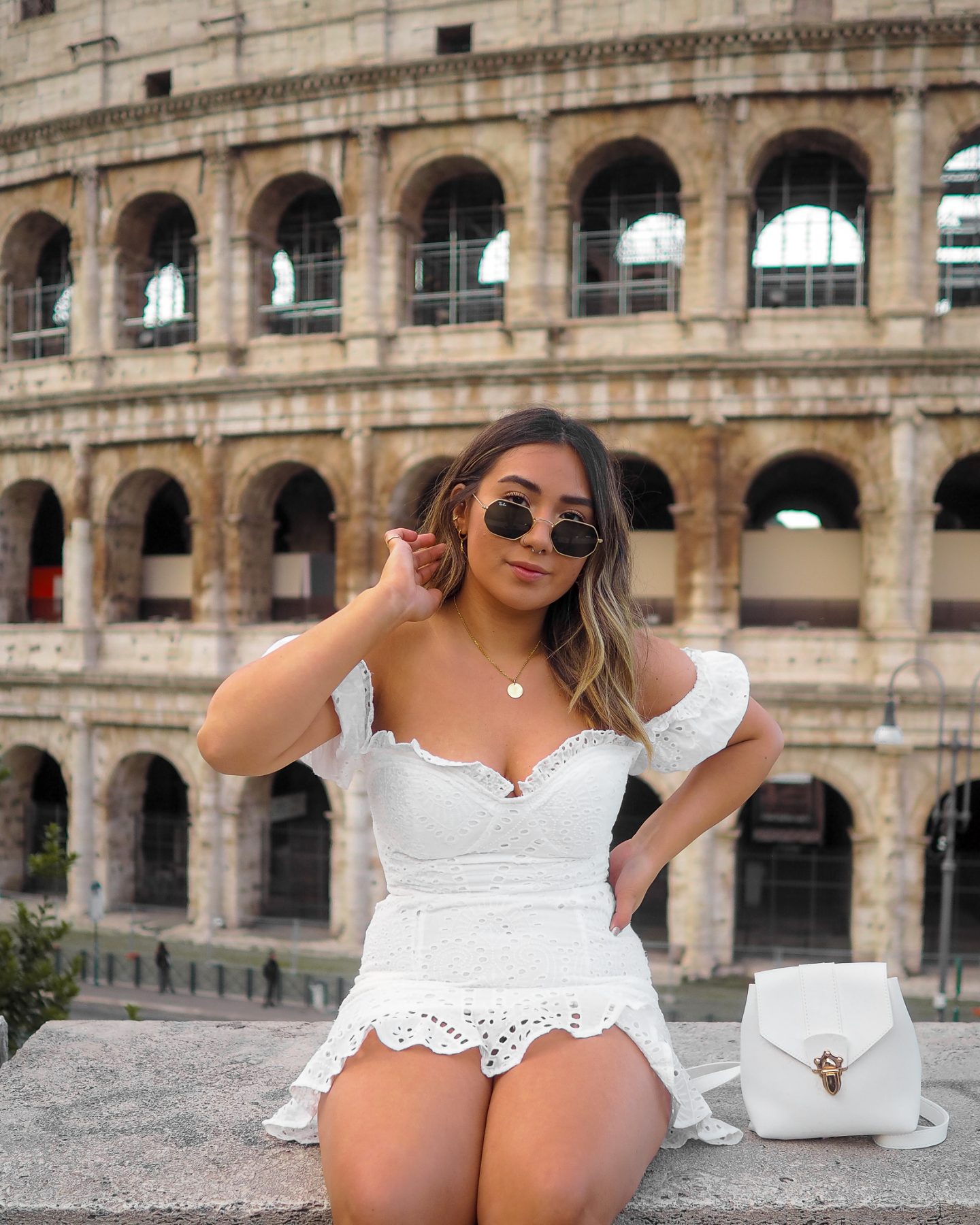 When in Rome, do as the Romans’ do 🇮🇹🌹 Drink espresso, eat plenty of pasta, graze on pizza, & if in doubt… aperol, aperol, aperol! 🥂 Wearing gifted @boohoo – Use code “KITTY30” for 30% off all *new in* #boohoobabes ✨ #colosseum #colosseo #colosseoroma

One unexpected location for some unique photos is within Rome’s winding, cobbled streets. We found cool street art, beautiful flowers, and stunning architecture that were all photo worthy. As Rome is such a touristy city, I wouldn’t say that many people really cared about taking photos on the streets and pretty much every tourist was doing a similar thing to us anyway. I don’t have much to say about this location on a photo guide to Rome basis. Take a stroll and explore, you’ll find some beautiful side streets and Rome will just unravel beneath your feet. 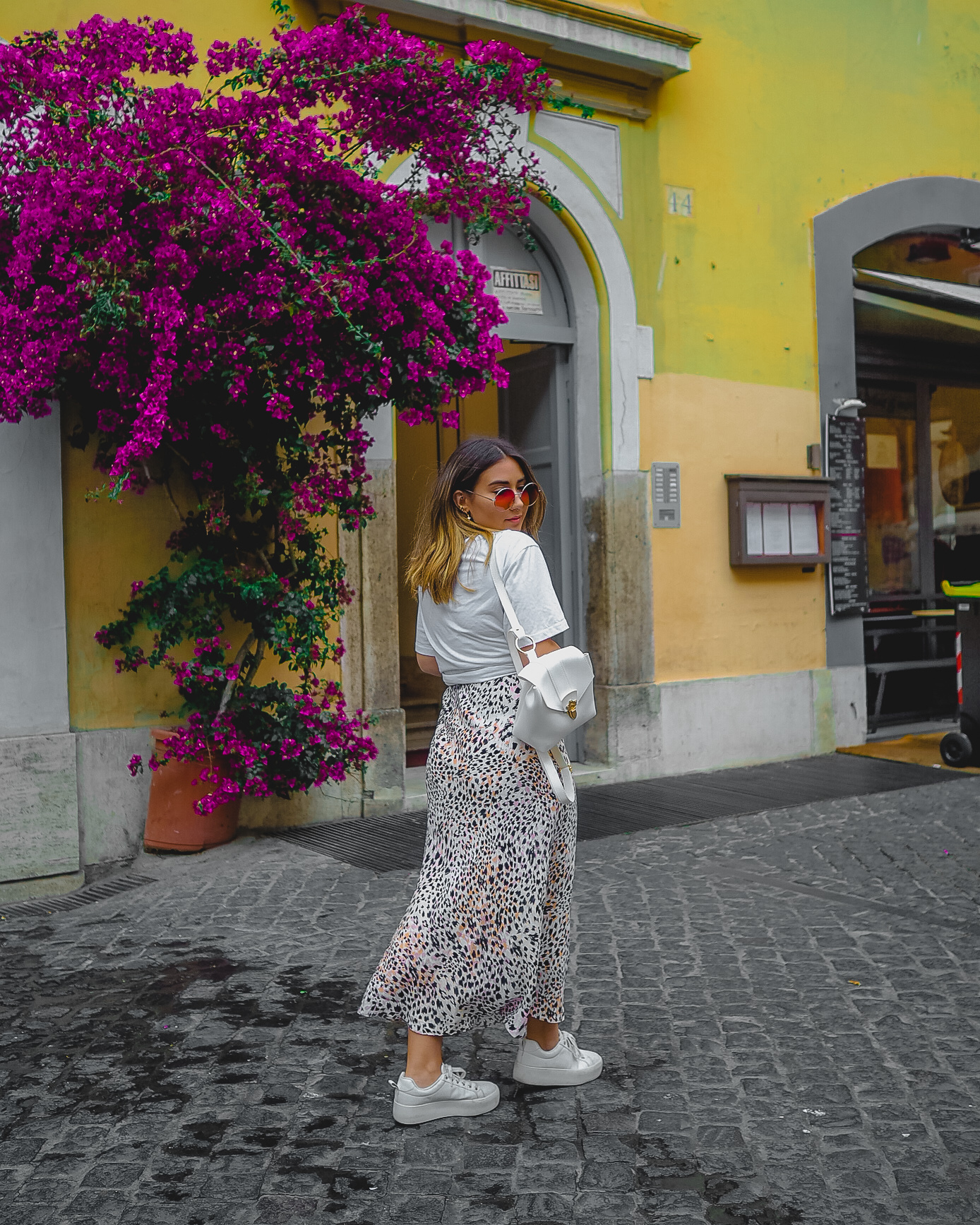 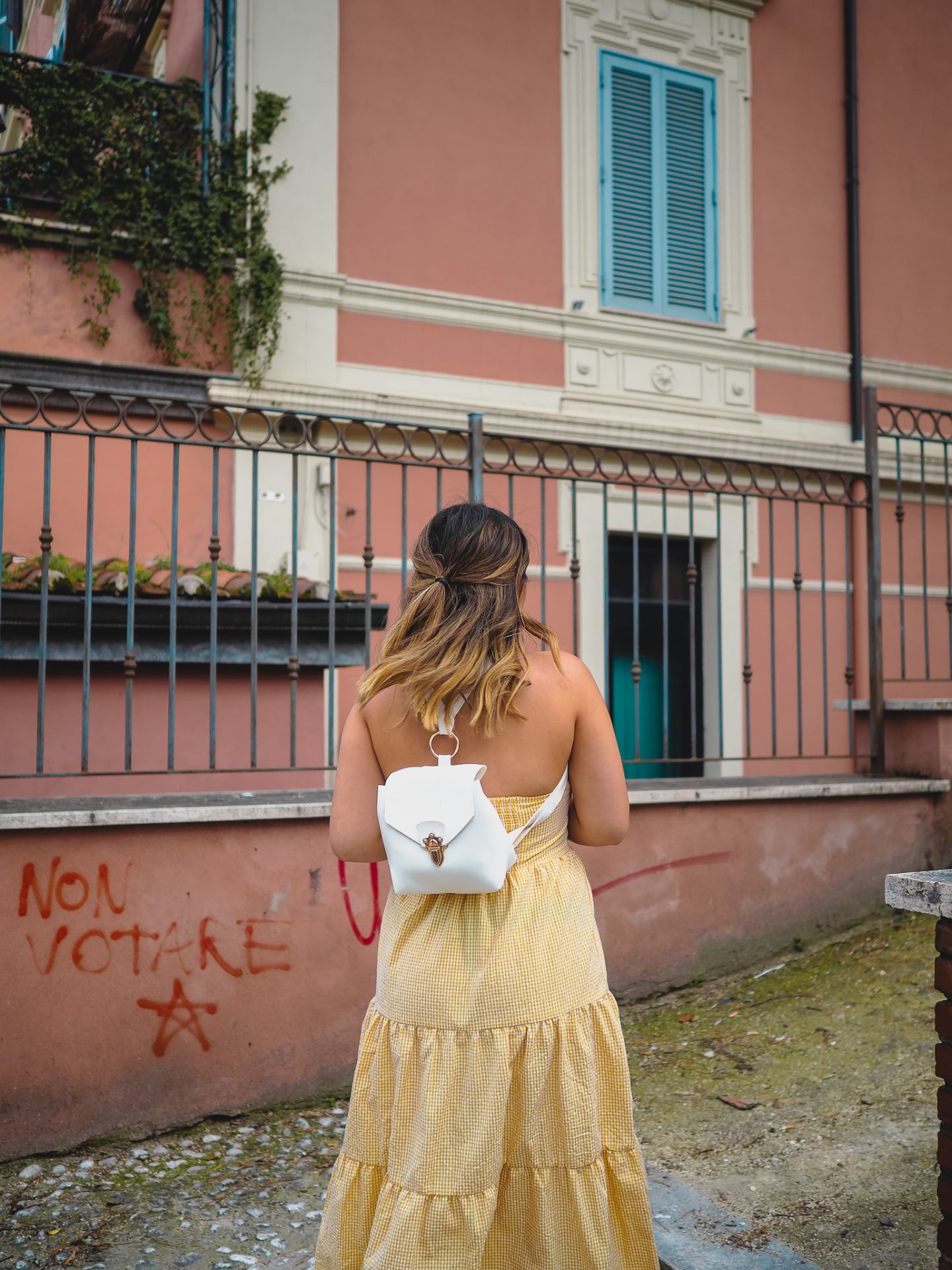 Street style, but make it Italiano 🇮🇹 Wearing a @newlook #thisisnewlook dress, and gifted @boohoo #boohoobabes bag 🌹 Use code “KITTY30” for 30% off all *new in* on the boohoo site ✨

We were genuinely pretty surprised when our hostel receptionist told us that they had *just* opened their private rooftop bar a few weeks before our arrival. Lucky again, ey? I had planned for us to visit one of Rome’s many rooftop bars as the view of the city from above is one that should not be missed. Plus, Aperol Spritz & Apertivo on a Roman rooftop is pure bliss right?

Unfortunately I can’t really recommend the Generator Hostels Rome rooftop bar, as it can only be accessed by those staying in the hostel. However here are a few that I made a note of before heading to Rome:

TOP TIP – Always call ahead and book if possible. The rooftops do fill up and you won’t want to miss out! 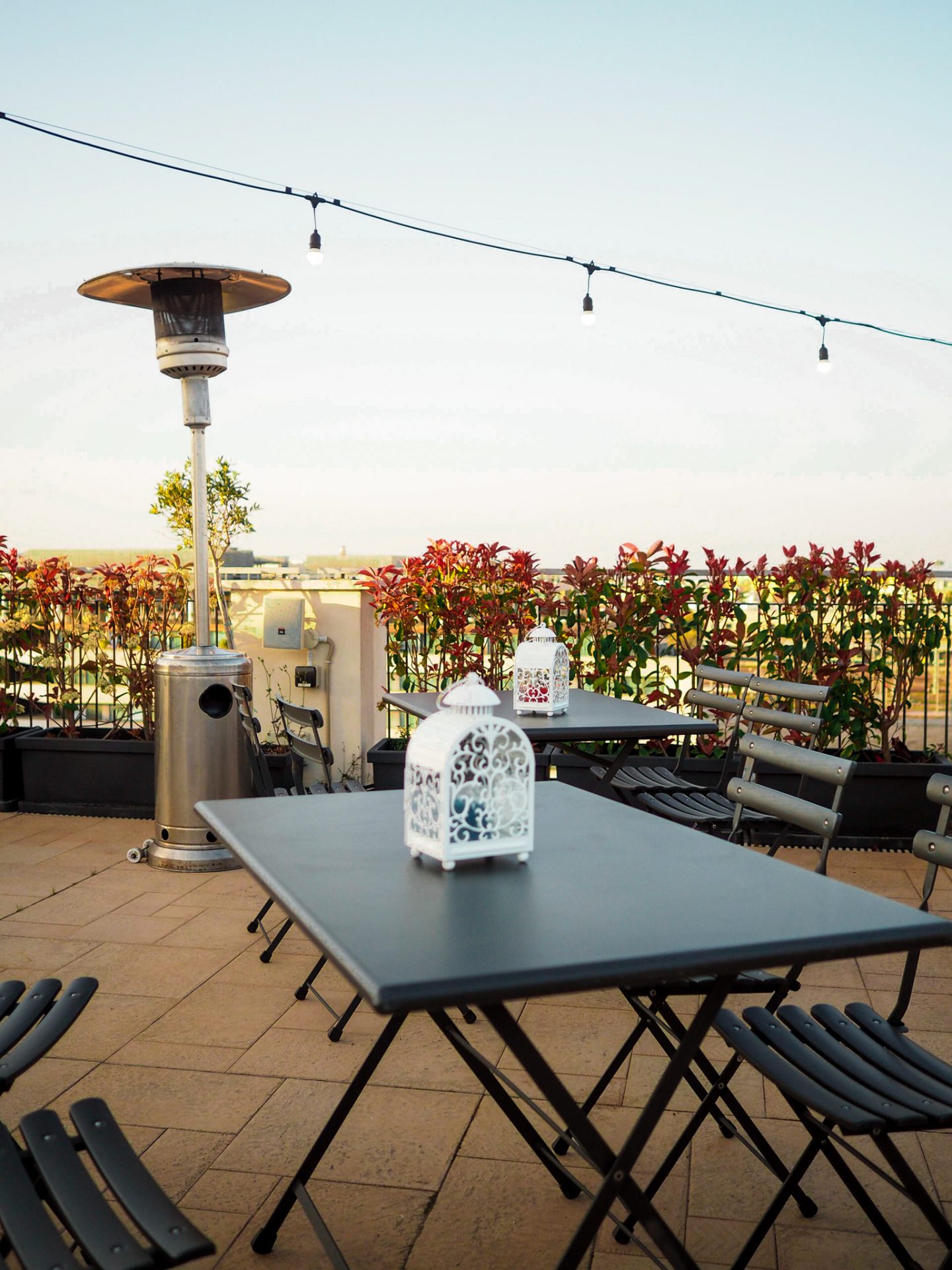 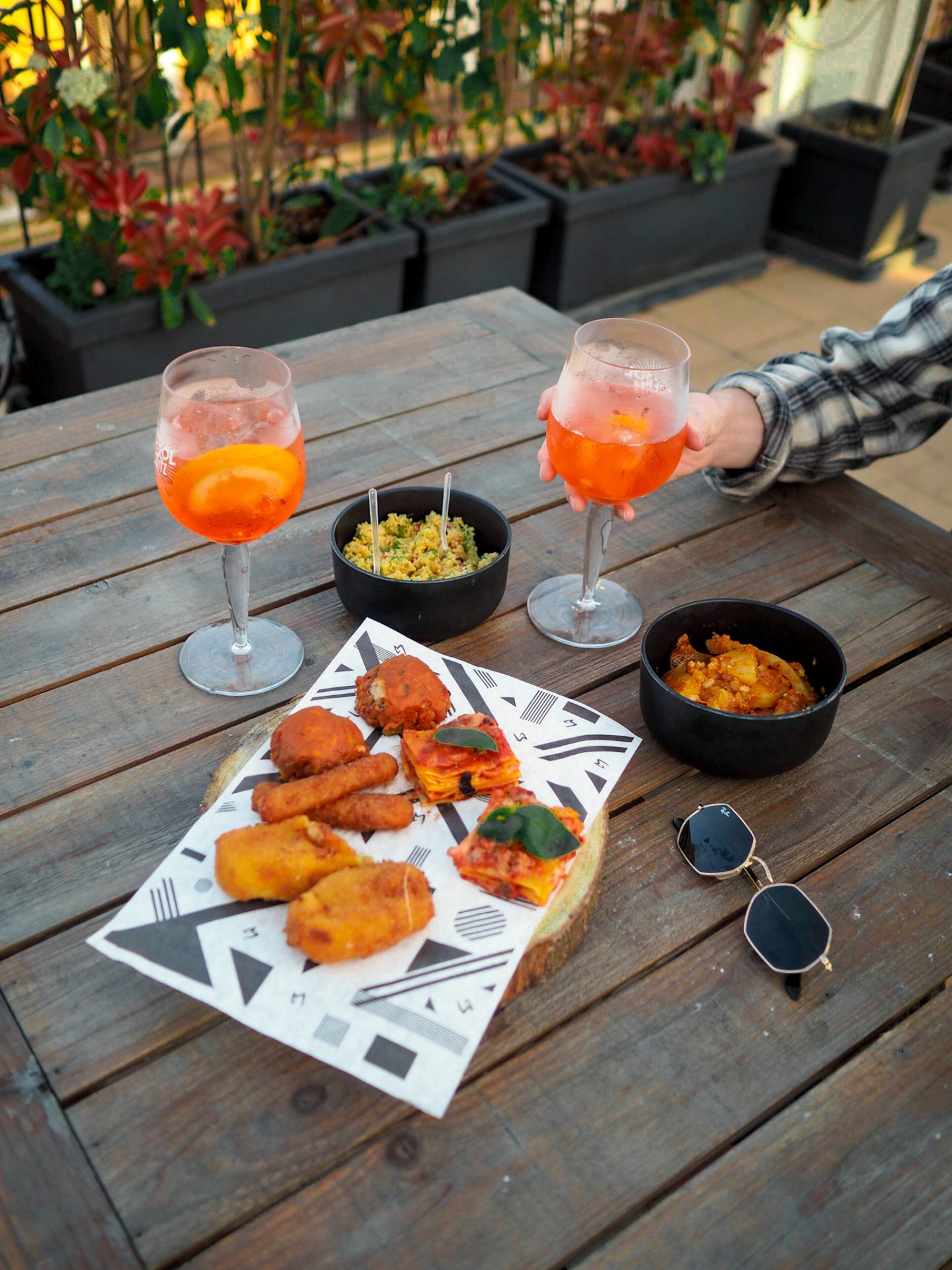 On an evening in Roma 🎶🇮🇹 You’ll find me on a rooftop bar with an Aperol Spritz in hand, always ✨ The best tradition in Italy is Apertivo surely? Wine & snacks before dinner, genius 🤷🏻‍♀️ Wearing a gifted @riverisland #imwearingri dress 🌹#wheninrome #visitrome #visititaly

Now, now, this one is a real gem. If you’re in Rome for long enough to spend a day just *outside* of Rome, go to Villa D’este. Okay okay, it’s not necessarily on the list of in terms of “photo guide to rome” but it’s only a short 1 hour train ride away from Rome’s Central station, Roma Termini, to the small town of Tivoli. You wont regret it one bit! The train travels through beautiful, vast Italian countryside and you arrive in a teeny tiny train station in Tivoli. Google Maps might be your best friend as we did get lost in the centre of the town for a brief ten mins and had to search for Villa D’Este online to find it. 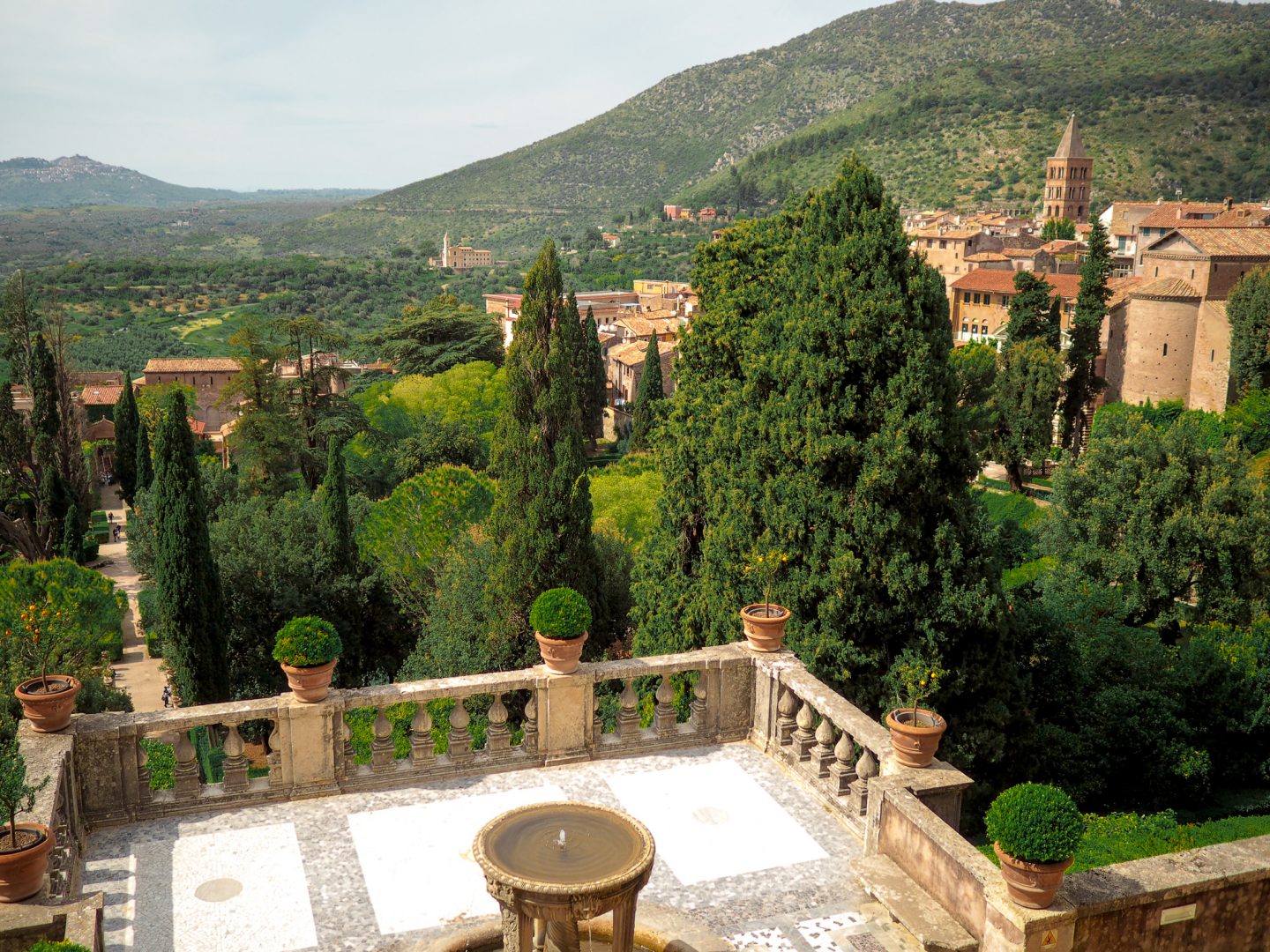 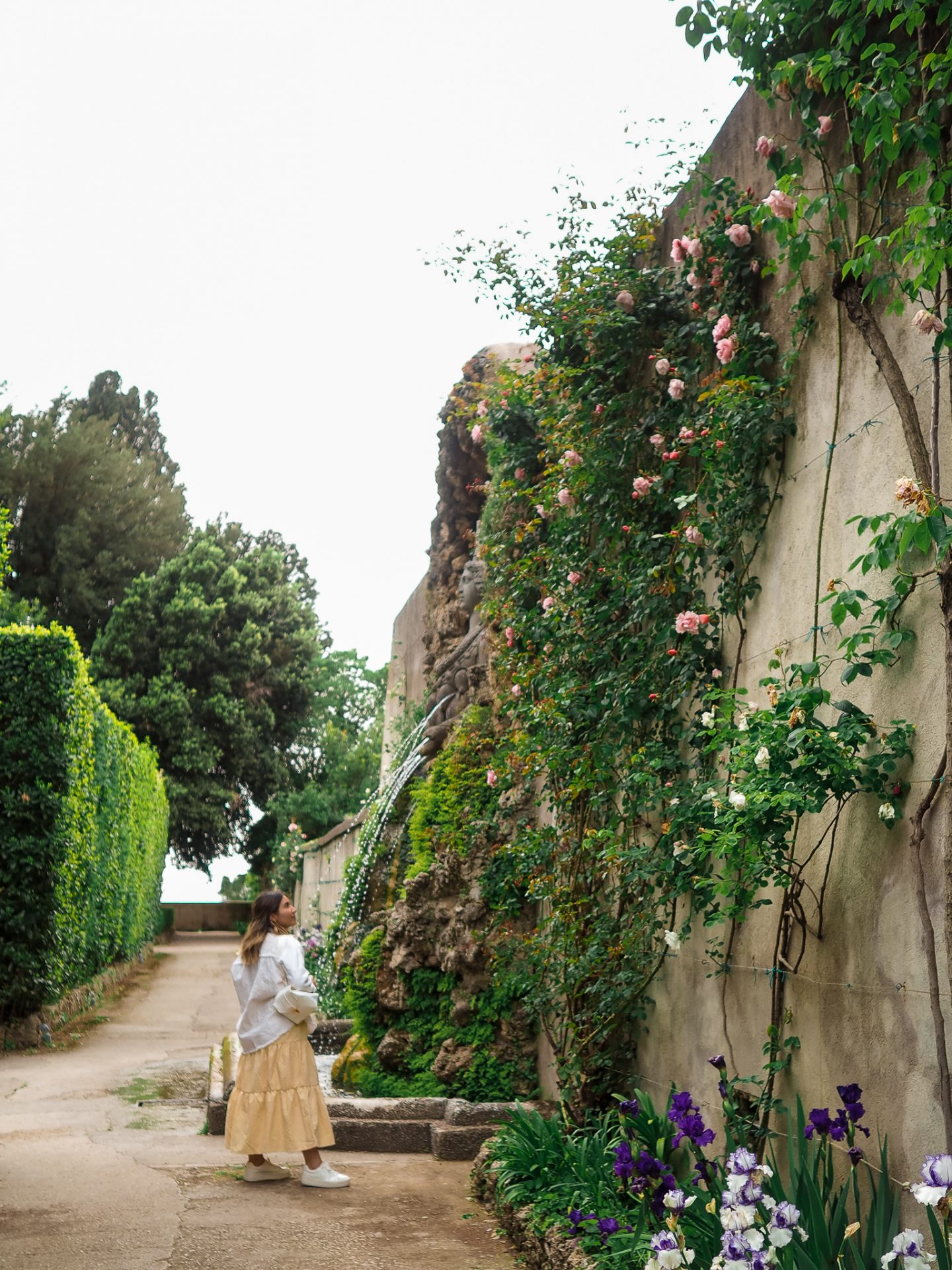 Once you arrive, you do have to pay a small fee to enter (well worth it) and you’ll be given the worst map known to man. Genuinely, it’s useless. Ditch the map and explore! I would say explore the villa itself first and head outside after, because the villa gardens are the most exciting part of the whole experience and is best left til last. We arrived at around 2pm and the crowds were just starting to die down, however there were still a lot of school groups arriving throughout the whole experience. So unless you arrive super early or super late, you wont get this place to yourself.

You might remember Villa D’este from the 5* film that is The Lizzie Maguire Movie, the scenes with the fountains and waterfalls? That’s right here (omg right?!).

TOP TIP – The natural organ outside plays a beautiful tune every hour, just check at reception when you arrive for the next one so you don’t miss it! 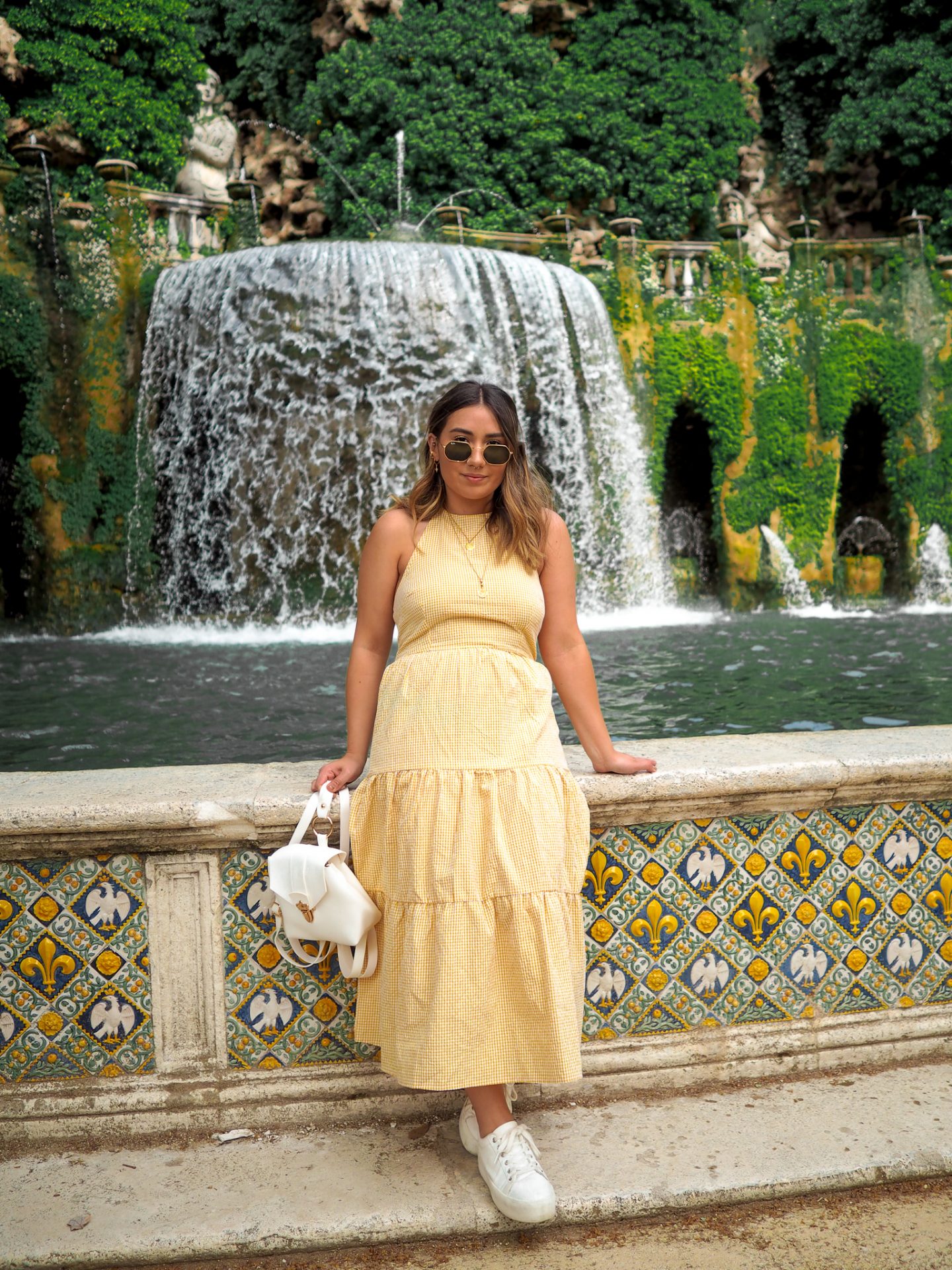 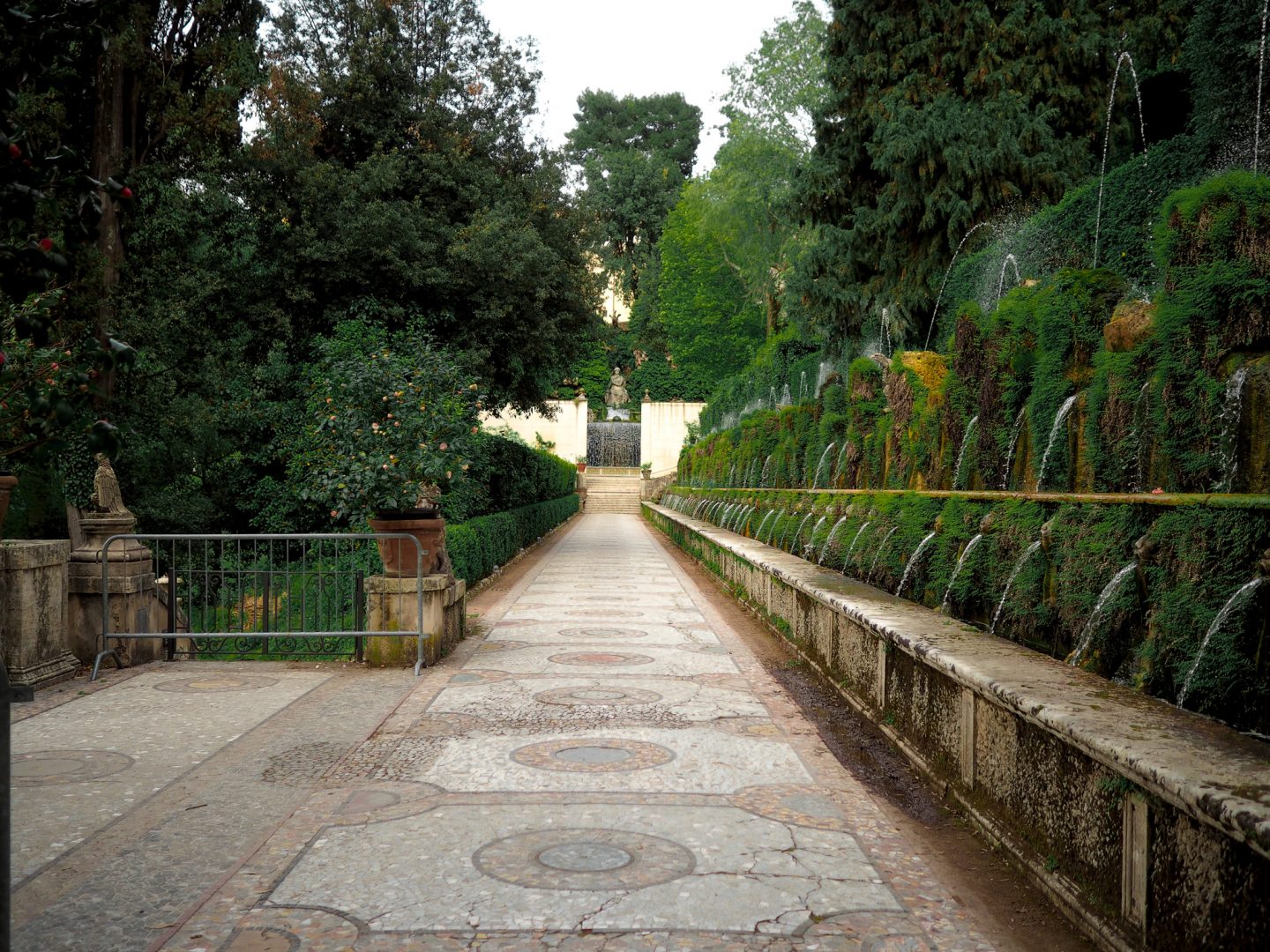 Well there it is, my photo guide to Rome, done and dusted… *raises glass of Aperol Spritz* – cin cin! Hope you lovely lot enjoyed, and I hope that it’ll help some of you get the most out of your trip to Rome and grab some cute af snaps along the way. 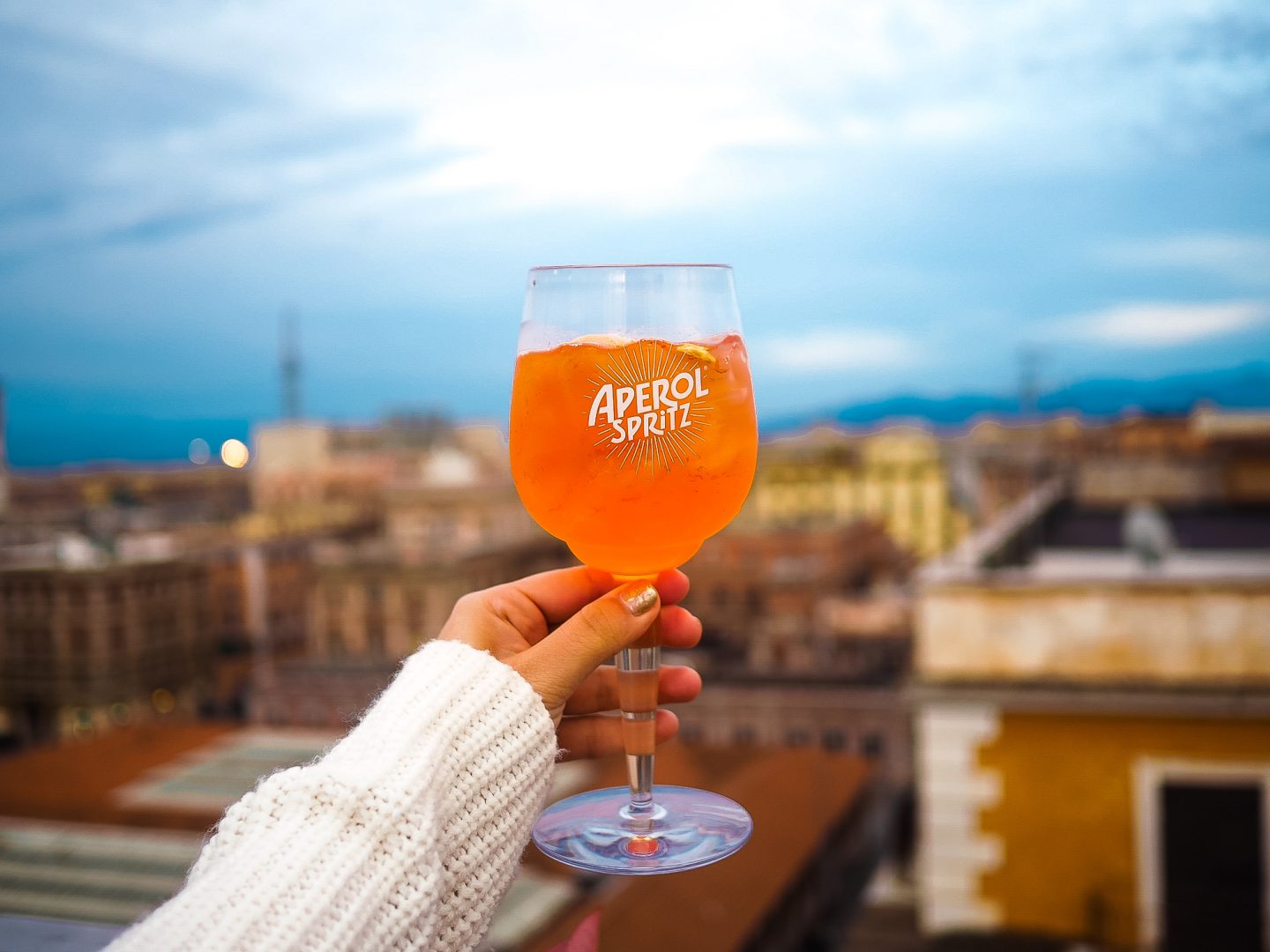 Have you visited Rome before?
Where are your fave places to snap away and explore?

KEEP UP ON SOCIAL