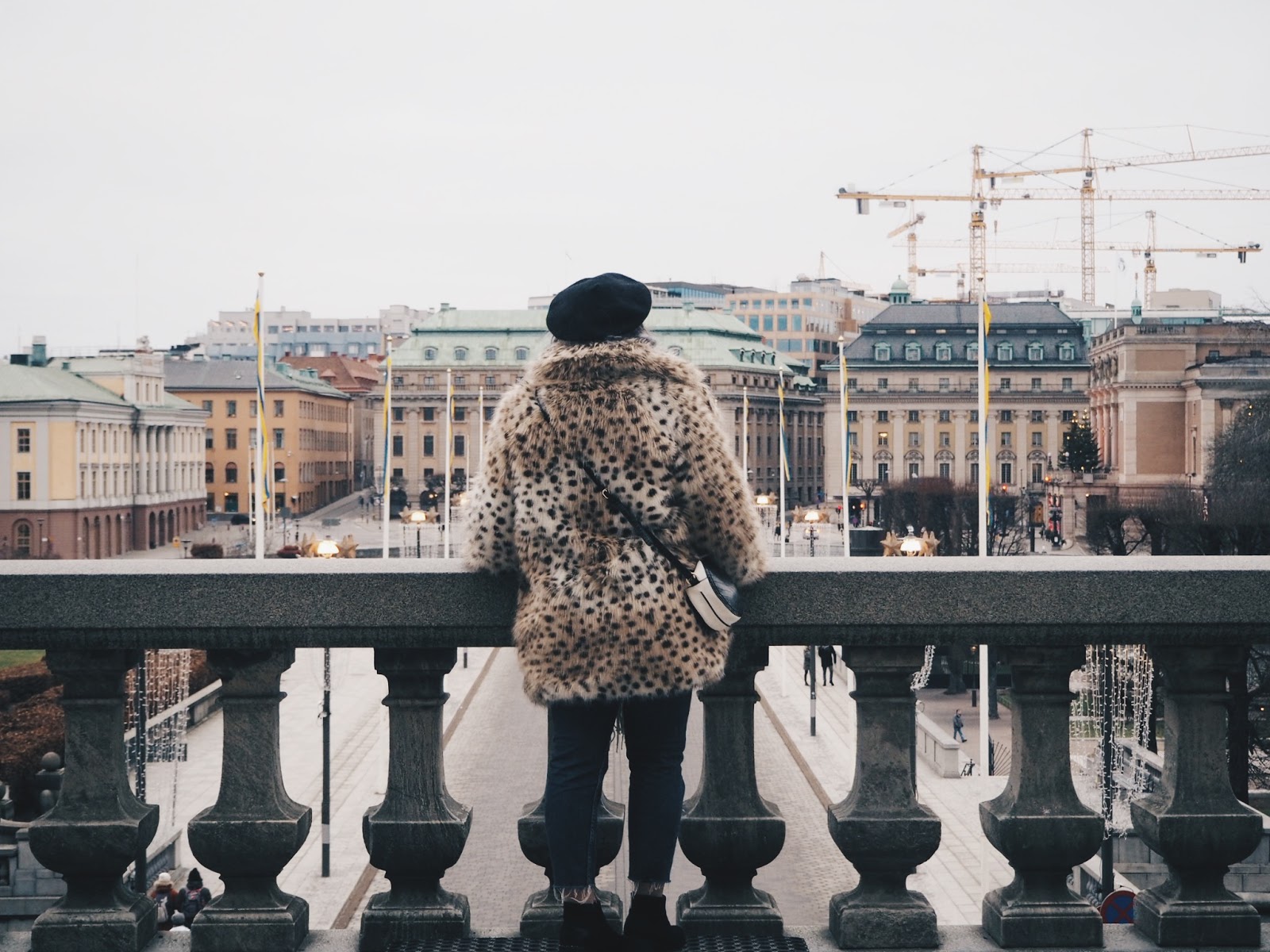 Hej, lovely people! If you have plans to jet off to Stockholm in the near future, then here are my top 6 things that I wish someone told me before I visited. Nothing all that important or anything like that, but just good things to know, you know? Anyway, a bit of a spoiler, but Stockholm is ah-mazing. I’m a little bummed out with the holiday blues (yes, it’s been a month and I’m still yearning after Stockholm), so I’m sharing my fave, unexpected bits from Stockholm that might make your trip a little bit easier, enjoy!

I was so worried about communication in Stockholm, so obviously I learned a few bits here and there before we went – the usual, hej – hey & tack – thank you. It was really handy, but we didn’t need to. People straight up spoke to us in ridiculously good English every single time. The only person we encountered that didn’t speak English was a fairly older man, so I believe that it may be a generational thing, you know?

Everyone in restaurants, museums, bus drivers, galleries, etc, all spoke ridiculously good English and conversation wasn’t awkward at all so there’s no need to feel bad about speaking English! A lot of the people we encountered in Stockholm were so fluent that they were cracking jokes, and laughing at ours – so even the humour translates! 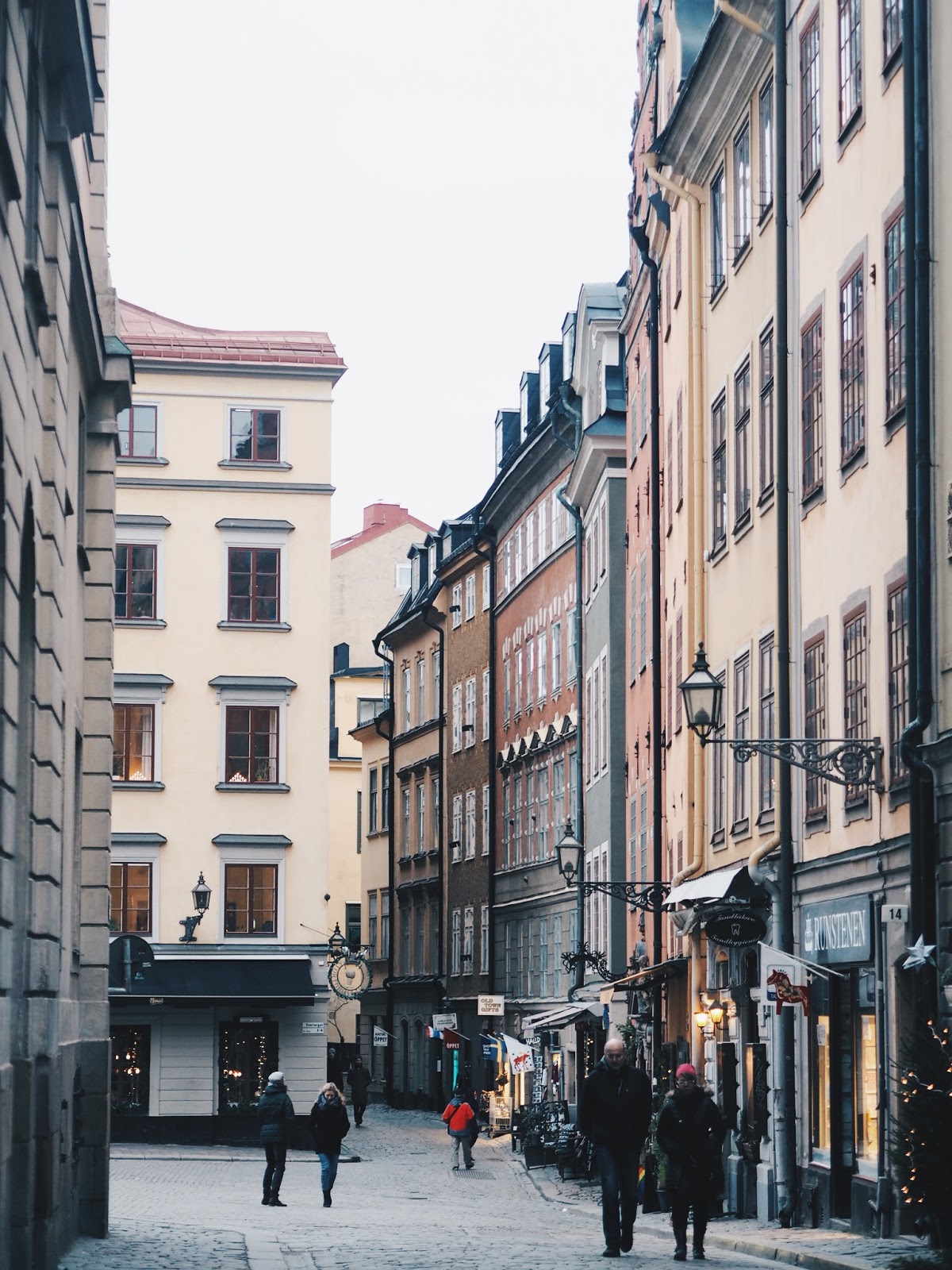 2. Black Coat is Must for Fitting in

Ummm okay no one talks about this, ever, but wear a black coat if you don’t want to stand out. Honestly, I felt like such a weirdo walking around in a faux fur number as I’d say about 95% of people I saw wore plain, classic black coats…

It might be the whole “scandi minimalism” and less-is-more sort of thing, but I totally wasn’t expecting it. There isn’t a lot of colour in everyone’s wardrobes, and those who wear colour are seen as a little more trendy and stylish, ie the fashionista types.

Anyway, my boyfriend Alix literally wore turtle necks, skinny jeans, and a plain black, button down coat for the whole trip and everyone thought he was Swedish… 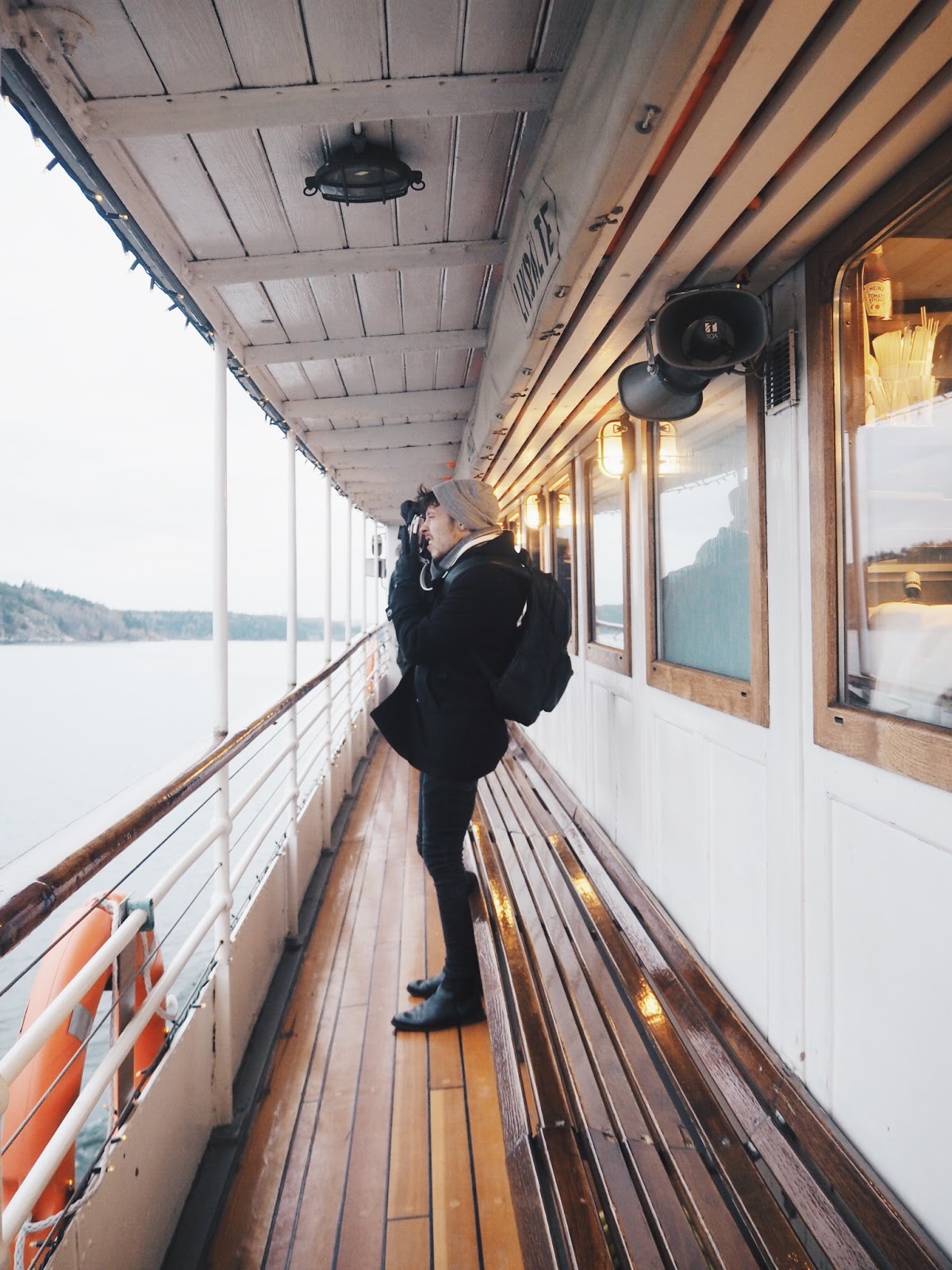 3. Food & alcohol are expensive, brace yourself!

Put simply, you’re looking at about £10 for a small-medium glass of wine or fizz. Or perhaps a cocktail for £14, and a starter for £8, mains are about £15 each followed up by a dessert that will always cost you more than a fiver. Yup, food and drink really is that expensive in Stockholm.

My partner and I aren’t the biggest drinkers so we spent most of our drink money on a few glasses of fizz here and there, and obviously coffee (which is actually decently priced). However, the food itself is expensive everywhere you go

I do have a theory on this however, as you can’t find anywhere in Stockholm that serves mediocre food. I think that food is of a great standard throughout the city, and people in Stockholm aren’t willing to compromise taste and quality, and are willing to pay for good food. Top tip – order seafood wherever you can, it’s so fresh. 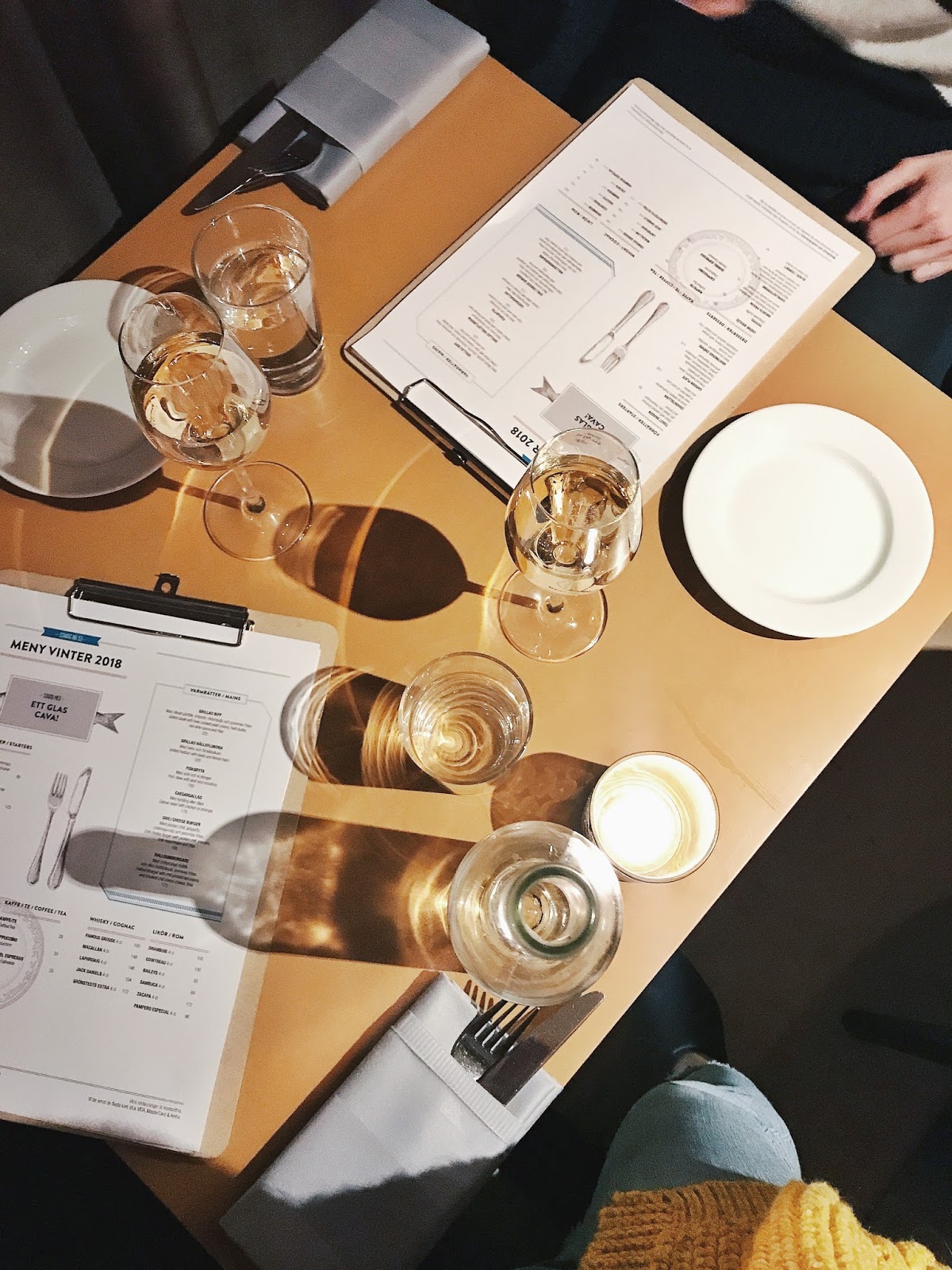 4. Try Salt Scum At Your Own Peril

You may have heard of salt licorice, or it’s native name – salmiakki, as a Nordic confectionery delicacy. But, consume at your peril as it really is as bad as it sounds. The Nordic countries do have a lot of very salty dishes, which another point to be aware of, due to their culinary history of using salt and ice to preserve their food.

Whilst people in countries like Sweden are well accustomed to the taste, and really enjoy it, I don’t think that many people from the U.K. or elsewhere would naturally find it appetising. Not to assume that some people don’t like the flavour, I think it’s just more rare outside the Nordic states and some of mainland Europe (like Germany for example).

Anyway, Alix and I were in a grocery shop round the corner from our hotel looking for Swedish sweets to try, and one brand was particularly popular – selling sweets called “Salt Scum” and “Salt Cola”. Scum directly translates to “foam” in English and is the texture of the white, foamy side of a haribo – only a little.  The cola ones were a usually gummy sweet (only harder again) half regular liquorish and half cola flavour.

Sounds good right? Well.. these sweets are also completely covered in straight up salt. Not a salt/sugar mixture, but straight up salt. It’s something you should really try if you want the true taste of the Swedes, but definitely prepare yourself for a taste unlike any other…. 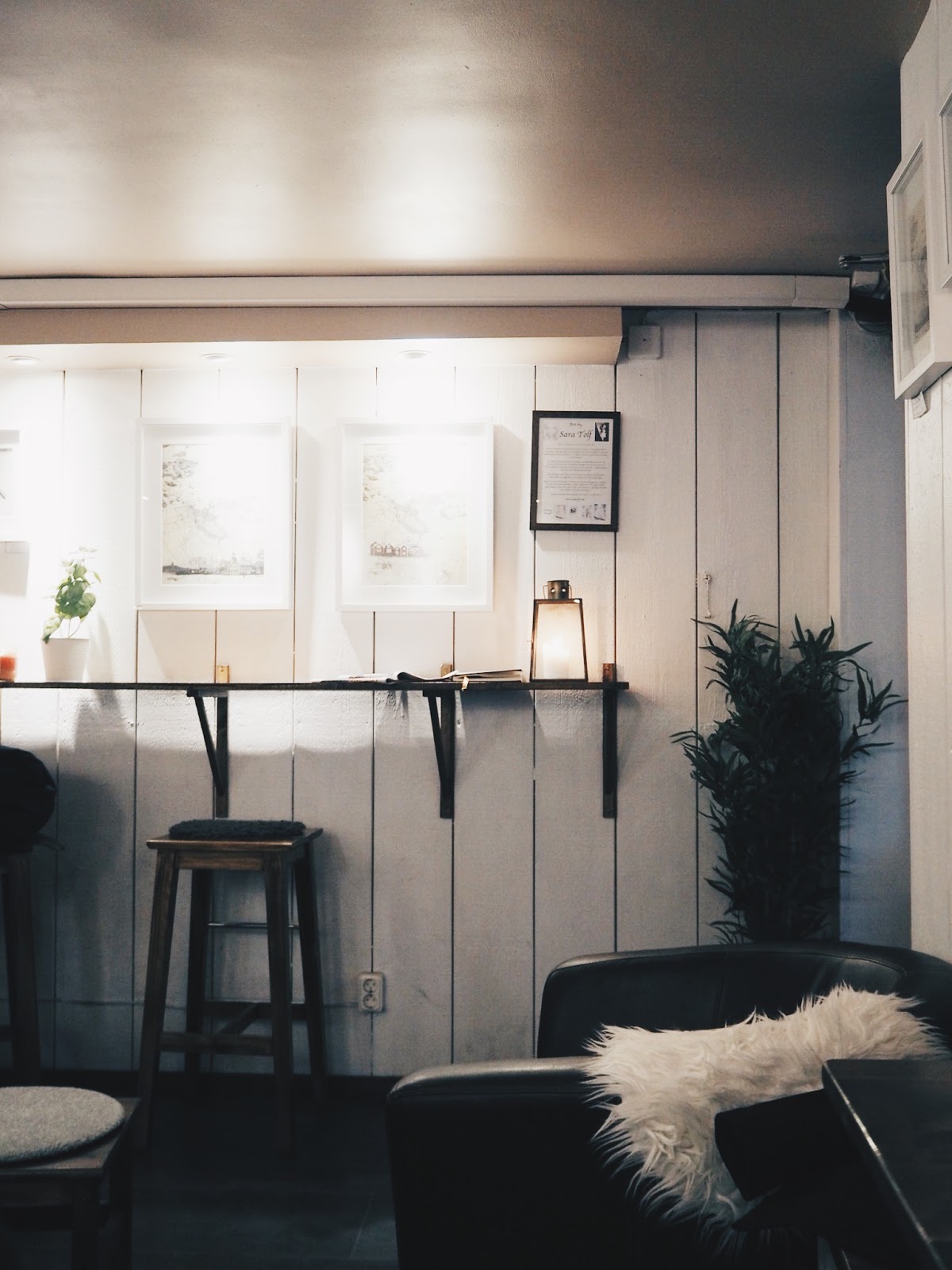 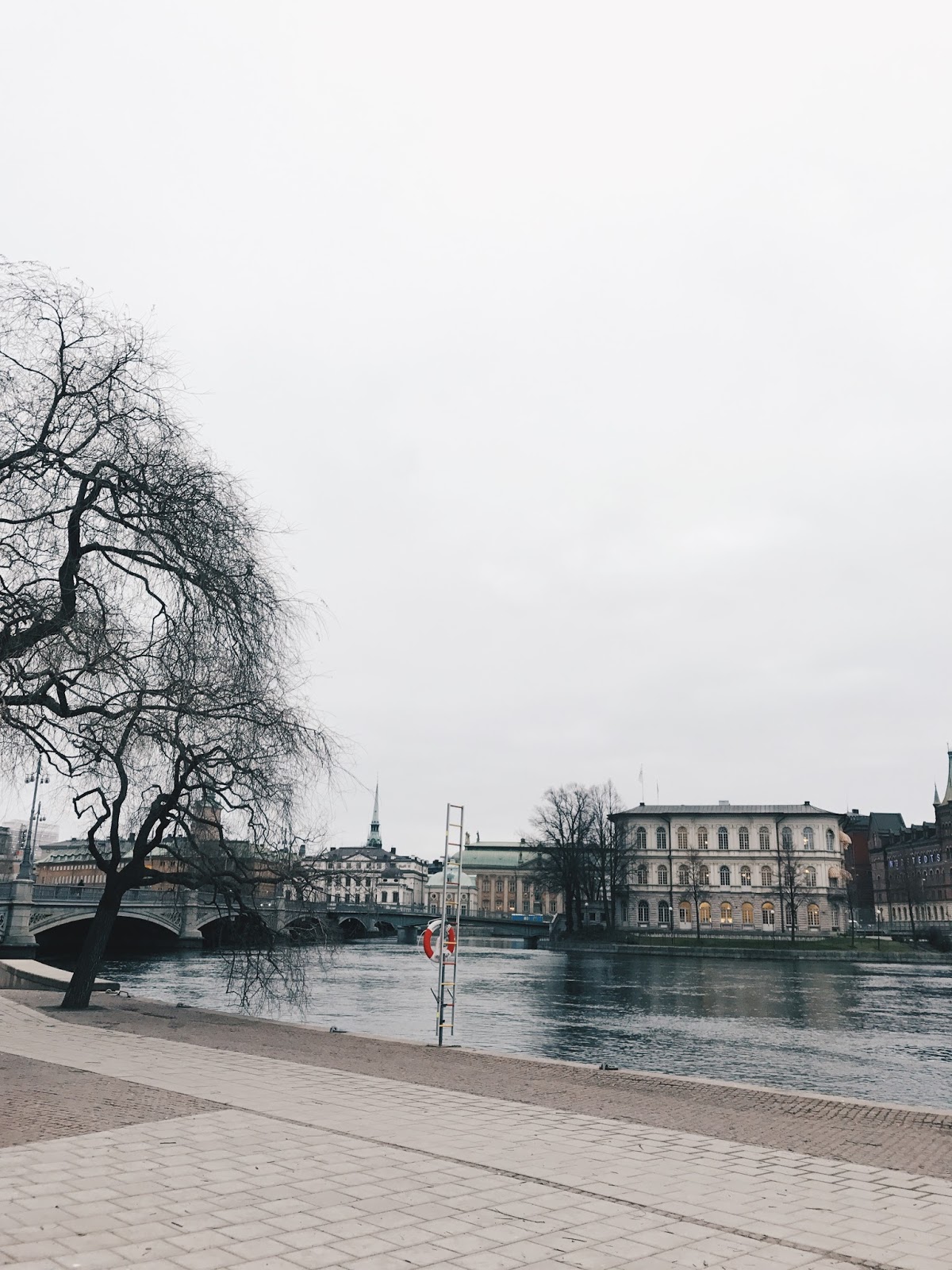 4. Grab Fika in The Afternoon

If in doubt, always Fika. It’s just a fab excuse to treat yourself to a coffee and a cinnamon bun, but it’s a well practised concept in Sweden. Fika translates to – to have coffee – in English, so it’s a very literal thing. The coffee is accompanied with some form of sweet treat or baked goods, and whilst you can Fika on your own, it’s great to have a chit-chat and a catch up with a friend or loved one over Fika.

There are some amazing places to grab Fika in Stockholm, and any cafe or coffee shop with usually offer a Fika option. Some just assume you’ll grab a cake or pastry with your coffee, like Vete-Katten, who have an extensive range of Fika options to choose from (and the cafe is beautiful). Vete-Katte (meaning “wheat cat”) is a well known, tradition swedish bakery and coffee shop if you’re wondering, and is totally worth stopping by if you’re in the area!

If you’re looking for more of a “I’ll order a traditional Fika” sort of thing, there are lots of smaller independent cafes (especially in the old town / Gamla Stan) which offer an all-in-one Fika deal, however I didn’t try any of these as they were quite expensive compared to a good old cinnamon bun & latte. 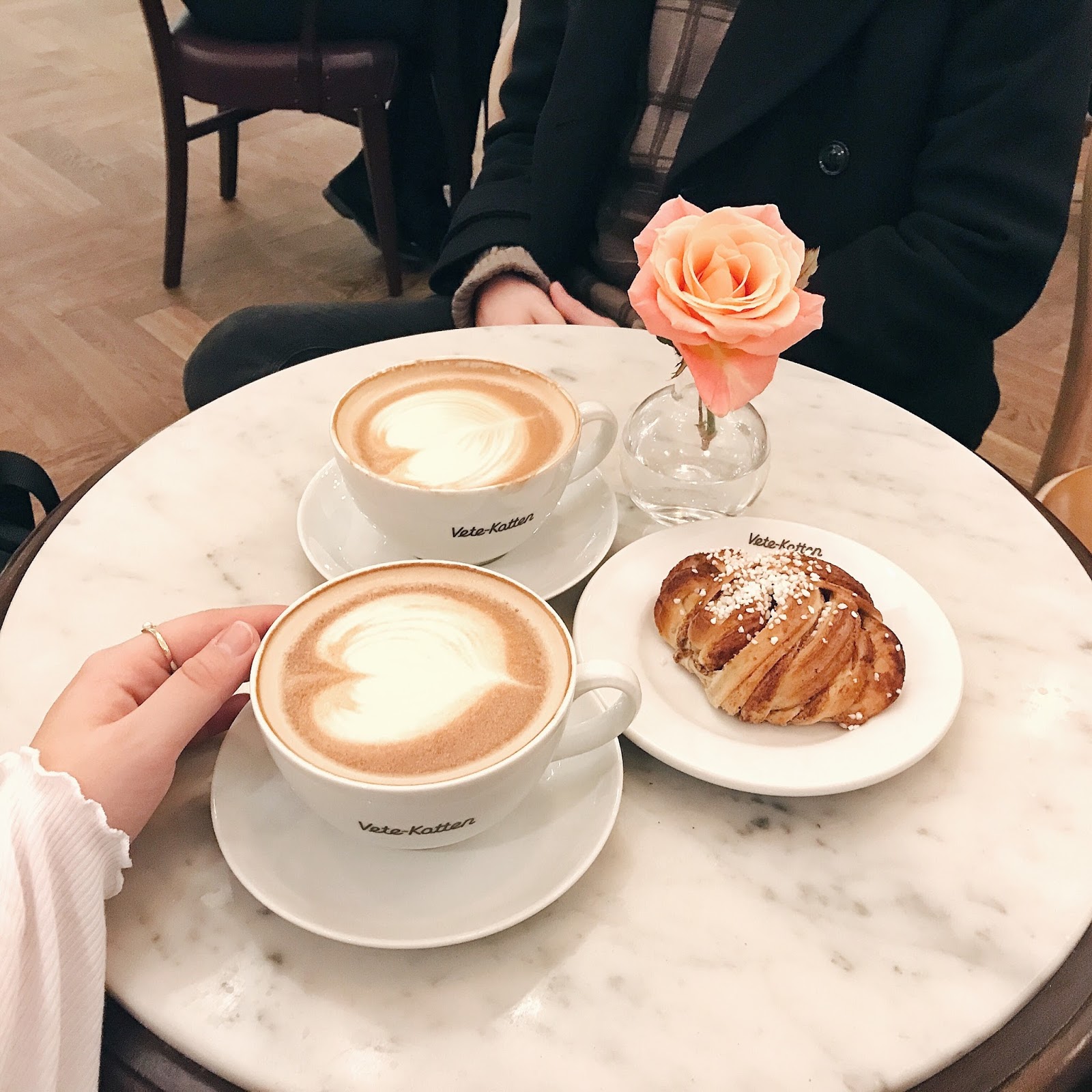 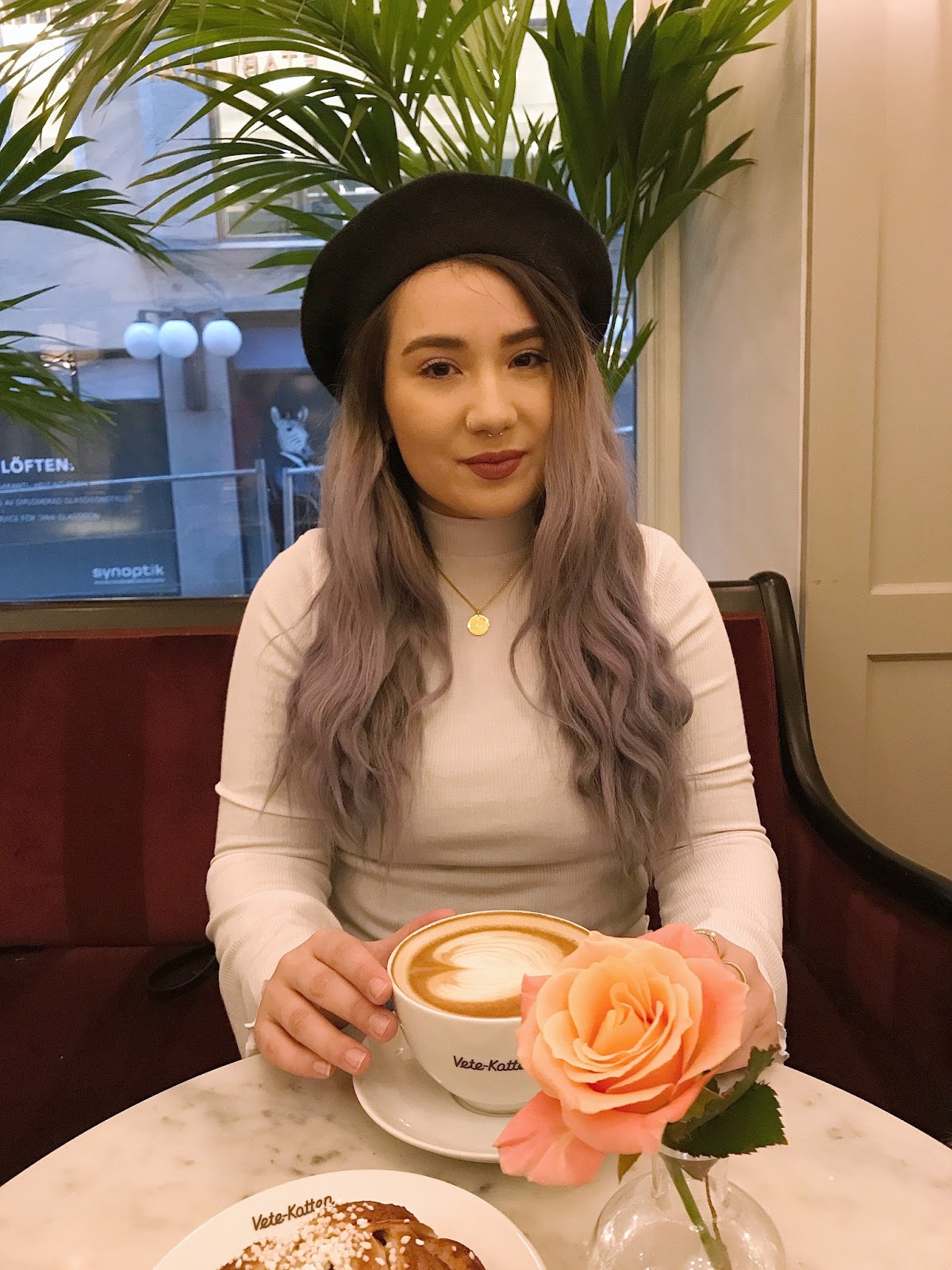 To sum up, Stockholm is amazing and you’ll want to go back. I think Alix & I both knew that we were going to really enjoy Stockholm… but not that much. We felt very safe, at home, and relaxed in the city and it really is a place that you can feel like you’re home away from home. I would just say be prepared to be colder, and spend more money, than you first imagined as it’s darn cold, and darn expensive. Nevertheless, I have no doubt that you’ll want to return as it’s only been a month and I’m itching to go back already. 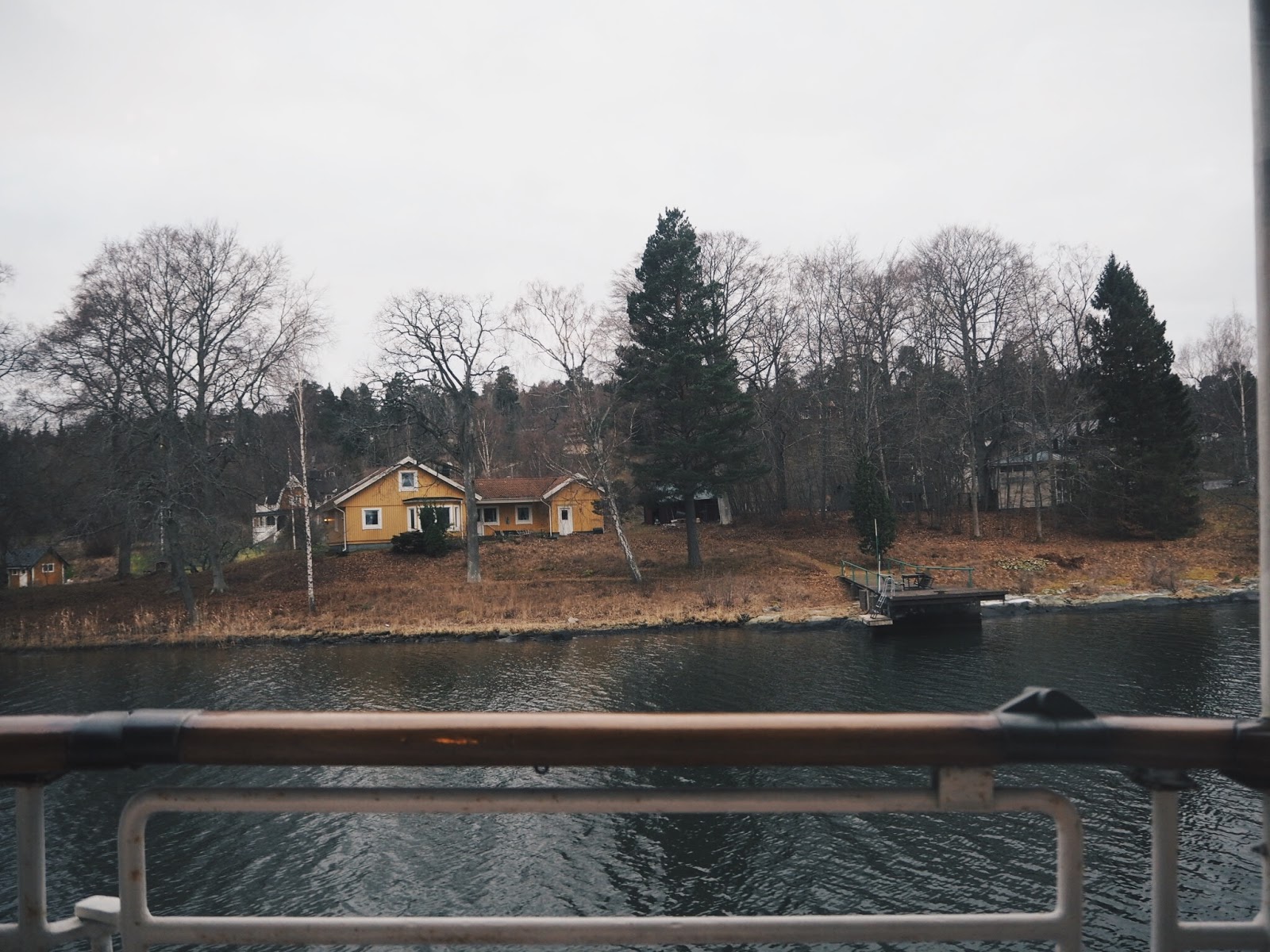 Have you got plans to visit Sweden any time soon?

Or have you got your eye on visiting another Nordic country?